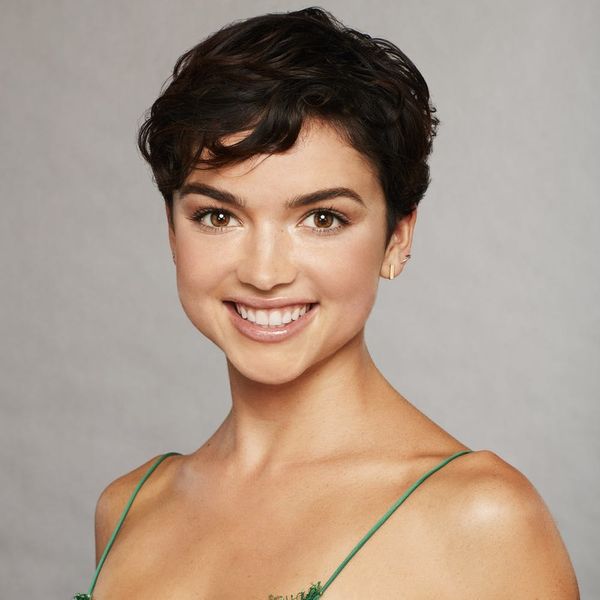 One of the strangest (and, let’s admit, funniest) stories to come out of season 22 of The Bachelor was that contestant Bekah Martinez (AKA Bekah M.) had been mistakenly reported as a missing person in California. Martinez is now attempting to clear the air, explaining exactly how the misunderstanding went down. (Warning: If you’re not caught up on TheBachelor, there are minor spoilers ahead!)

“First of all, a lot of people thought I lied to my mother, saying that I was on a farm when I was actually on The Bachelor, but no, I had already been eliminated from the show,” the 22-year-old said on Jimmy Kimmel Live! following her Monday night elimination.

According to Martinez’s mom, her daughter had allegedly gone to Humboldt County, California, to work on a marijuana farm. When she couldn’t reach Bekah for several days, she reported her missing. They spoke on the afternoon she filed the report, but since officials were unable to contact Martinez directly, she remained on the missing persons list. It was only after her photo showed up in the local North Coast Journal that readers recognized her and alerted the publication to her reality TV whereabouts.

Martinez’s elimination had not yet aired on the show, however, so she took to social media to jokingly scold her mother.

MOM. how many times do I have to tell you I don’t get cell service on The Bachelor?? https://t.co/iYnxQCIZBt

So what really happened? “[After being eliminated], I just decided to go up to the mountains with some friends for a couple of weeks, and I was there for six or seven days without phone service, which I thought I was going to have phone service and I told my mother that I would,” Martinez explained to Kimmel.

“I just had this weird feeling like on the sixth or seventh day, I need to go home now. So I got in my car, drove to where I had service, called my parents, and then come to find out only 12 hours before my mother had called the Humboldt Sheriff’s Department saying that I was missing.”

Martinez also told Kimmel that some friends of hers own a marijuana farm, but that she never worked on it — she’s still working as a nanny in LA. Her experience on TheBachelor remains a surreal one, though, and after telling Kimmel that she had wanted to go on the show for years, she admitted that her elimination has been difficult.

“You know, I’m hanging in there. It was shocking for me, as well,” she said. “But I’m picking up the pieces as I go along.”

What do you think of Bekah’s explanation for the missing-person story? Let us know @BritandCo!