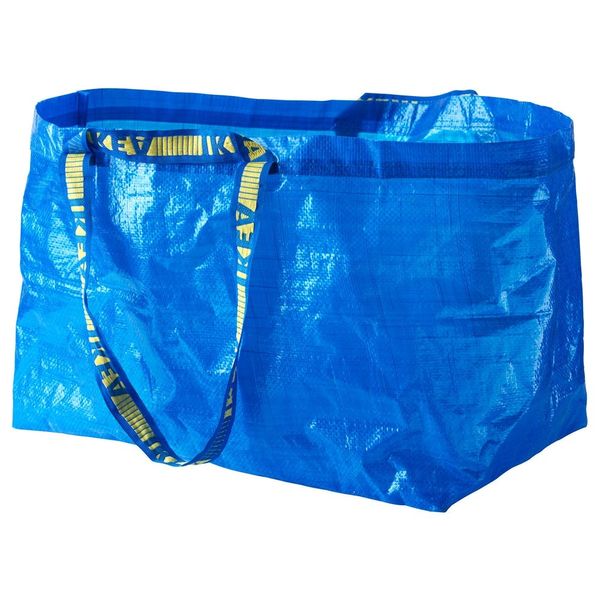 Balenciaga’s new Arena Extra-Large Shopper Tote has a retail price of $2,145 and is made out of royal blue, wrinkled, glazed leather with small gold Balenciaga labels on the front of the bag. At 14.5 inches tall, 32.0 inches wide, and 14.0 inches deep, it is roomy enough to be a weekender or a duffel. Also, the bag bears more than a passing resemblance to those ubiquitous IKEA shopping bags.

Now you probably already own one, considering they’re just about a dollar each, are super durable, and are massive enough to lug your latest apartment purchase home.

IKEA is being a good sport about the whole thing. The Swedish retailer told Today, “We are deeply flattered that the Balenciaga tote bag resembles the IKEA iconic sustainable blue bag for 99 cents. Nothing beats the versatility of a great big blue bag!”

And naturally, Twitter is having a ball over the resemblance as well:

Who wore it better? Balenciaga or IKEA? pic.twitter.com/LCB9Qri2xN

Go home Balenciaga, you're drunk.
The IKEA bag is too iconic to imitate 💁🏼 pic.twitter.com/BtMTHmHtCM

What do you make of all of this? Is it just one expensive joke that we’re not in on? Tweet us @BritandCo!