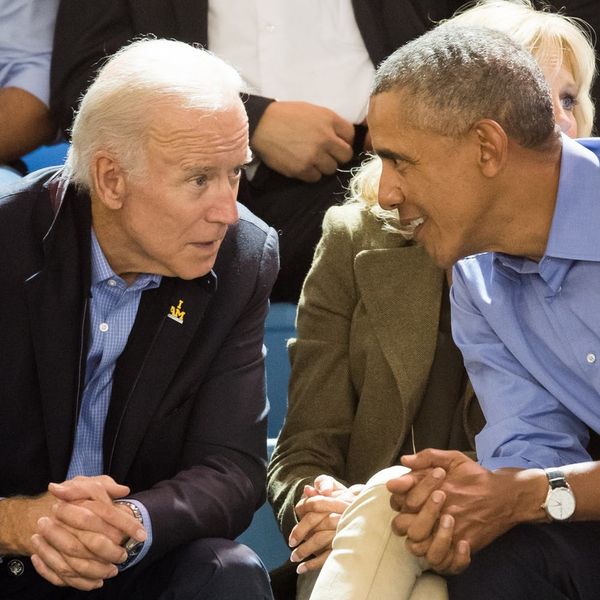 Former President Barack Obama’s friendship with his trusted VP, Joe Biden, is famously meme-worthy. There are countless tweets and Instagram posts about their bond, and now Obama himself is getting in on the meme action with the birthday wish he just sent to Biden.

In honor of the former VP’s 75th birthday, Obama posted a picture of the duo doing their political thing together. In the foreground, the 44th US president can be seen giving an address at a podium, while in the background, Biden is grinning cheekily and pointing at someone in the audience. It’s undoubtedly prime for meme-ing.

Obama used the image to send a celebratory message, tweeting:

“ME: Joe, about halfway through the speech, I’m gonna wish you a happy birth–

He then added, “Happy birthday to @JoeBiden, my brother and the best vice president anybody could have.”

ME: Joe, about halfway through the speech, I’m gonna wish you a happy birth–
BIDEN: IT’S MY BIRTHDAY!
ME: Joe.

Happy birthday to @JoeBiden, my brother and the best vice president anybody could have. pic.twitter.com/sKbXjNiEjH

Obama’s followers loved both the sentiment and the silliness of the message. “Obama/Biden the best combination in history!” one tweeted in response, while another wrote, “http://best.meme.ever 😂😂”

Biden himself acknowledged the prevalence of memes about his friendship with Obama in an interview with NBC News earlier this month, saying the sentiment they convey is “in essence…all true.”

“A couple of ones I liked were ones where I was trying on Ray Bans and he’s lying on the couch and I turn around and I said, ‘Which ones do you like?’ And he looks at me and says, ‘Joe, Joe, come on, focus here,'” the former veep told NBC.