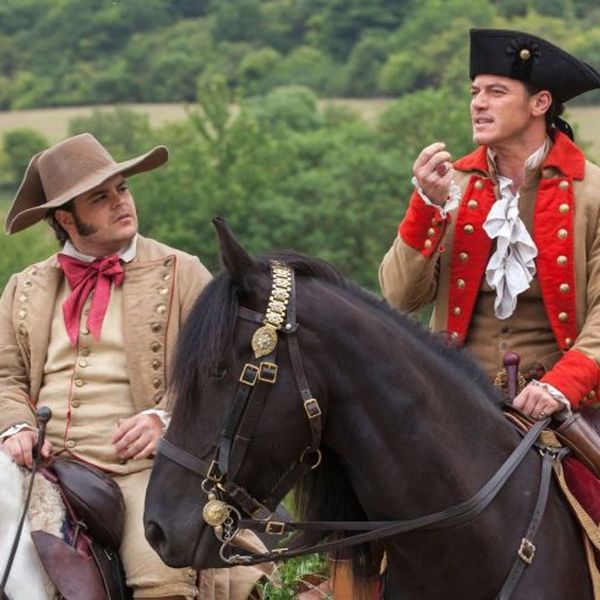 While it initially looked like Disney’s live-action Beauty and the Beast movie would be a scene-to-scene retelling of the beloved fairy tale, it now looks like the tiny changes and additions to the magical story (did you catch the Harry Potter Easter egg?) are bigger than we expected. That includes the fact that the film will include Disney’s first openly gay character.

This time around played by actor Josh Gad, LeFou has been given his own little subplot that focuses around the fact that he’s gay. “LeFou is somebody who on one day wants to be Gaston and on another day wants to kiss Gaston,” director Bill Condon told Attitude. “He’s confused about what he wants. It’s somebody who’s just realising that he has these feelings… And that’s what has its payoff at the end, which I don’t want to give away. But it is a nice, exclusively gay moment in a Disney movie.”

And when it comes to why such a scene would be included, Condon was clear, explaining, “It may have been a long time coming, but this is a watershed moment for Disney. By representing same-sex attraction… the studio is sending out a message that this is normal and natural — and this is a message that will be heard in every country of the world, even countries where it’s still socially unacceptable or even illegal to be gay.”

It looks like this tale as old as time is ready to break new ground, and we’re sure plenty of fans are fully here for it.

What do you think about Disney’s inclusion of a gay character? Let us know @BritandCo!

Desiree O
Desirée O is a ‘Professional Bohemian’ who loves anything and everything related to the arts, entertainment, and pop culture. She ADORES being a ‘Newsy’ for Brit + Co, covering all of the latest tidbits of awesomeness that you want to read about. When she’s not writing, she’s either making messy art, going on long adventurous walks with her camera, or poking around over at bohemianizm (http://www.bohemianizm.com/). You can find out about Desirée O and her work at http://DesireeO.com/ or follow her on Twitter @DesireeO.
Disney
Pop Culture
Disney LGBTQ
More From Pop Culture