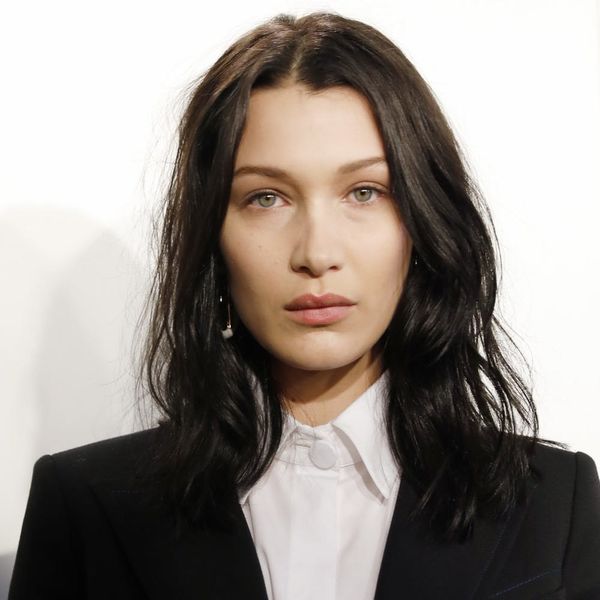 You couldn’t log online this weekend without seeing at least one story about the absolute disaster that was Fyre Festival: From the hilarious memes it spawned to the finger-pointing over who was to blame, the story of rich millennials flocking to a privately owned island in the Bahamas to enjoy the luxe-filled experience of a lifetime, only to be met with half-assembled tents, bread and lettuce sandwiches, and no celebrity guests, was all-encompassing.

Organizer Ja Rule and the Bahamas Ministry of Tourism have already apologized for the event, but angry fest-goers have also had some words for the sleek, young models that promoted it, like Kendall Jenner and Bella Hadid.

Hadid’s involvement with the fest was slightly more significant than Jenner’s (who was reportedly paid to announce the fest’s lineup on Instagram) — not only did she appear in the video ad announcing the fest, sipping tropical cocktails and winking at the camera, but she was heavily featured on the fest’s website, lounging in a white bikini alongside babes such as Hailey Baldwin.

Though Hadid notes that “this was not my project whatsoever” and that she was not involved or informed about any of its production elements, she says that she would not have agreed to promote the festival had she known what a disaster it would be become. “I feel so sorry and badly because this is something I couldn’t stand by,” the 20-year-old said.

It’s a lot more than Jenner has said on the issue, ignoring the situation completely by posting a topless shot in thigh-high boots along with a now-deleted promotion for donuts.

Though it may not help get attendees home safely, it’s surely a step in the right direction toward making things right with fans.

What do you think of Hadid’s apology? Share with us @BritandCo.

Nicole Briese
Nicole is the weekend editor for Brit + Co who loves bringing you all the latest buzz. When she's not busy typing away into the wee hours, you can usually find her canoodling with her fur babies, rooting around in a bookstore, or rocking out at a concert of some sort (Guns N' Roses forever!). Check out all her latest musings and past work at nicolebjean.com.
Controversy
Celebrity News
Controversy