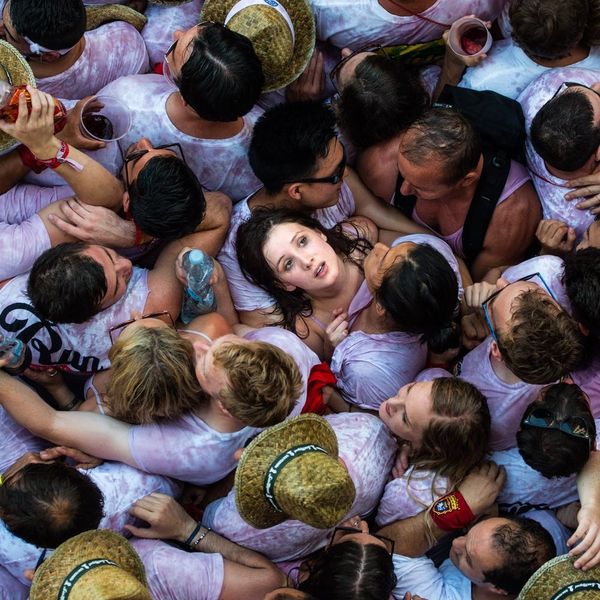 Forget FOMO: After hearing of the utter and total disaster that was Fyre Festival, Twitter is having a field day with those that DID get in on the action this time around, buying tickets for prices reportedly ranging from $4,000-$250,000 for a VIP package for 12 (yes, you read that right).

Expecting to party with the likes of co-creator Ja Rule, models such as Kendall Jenner (fresh off her Pepsi controversy), Bella Hadid, and Emily Ratajkowski, who helped promote the event, and musical acts such as Blink 182 and Tyga, attendees were in for a rude awakening when the festival turned out to be a wash, with no headliners, shoddy, incomplete sleeping accommodations, less-than-savory food options, and no direct way off the island.

Though Ja Rule has since apologized and says he’s working to refund to each and every ticket, it hasn’t stopped Twitter from going in on fest-goers: Check out the most hilarious responses to the Fyre disaster (or, as Twitter is frequently confusing it, the “#FryeFestival”) below.

1. Shipwrecked: Joshua likened the exit situation to being stranded at sea with nothing but a yellow floatie.

I have literally been pouting for a week about not purchasing my #fryefestival tickets when my friends did. Now I'm like… pic.twitter.com/5KSSEuAv3K

3. What a Relief: Brittany was wiping her brow free of worry after a straight week of FOMO.

4. Tumbleweeds in the Wind: JetsettersFlyin gave us this stark vision of all the hypothetical action happening at the fest. (Hint: not much.)

6. Angry panda: Chilltowntv imagined the rage attendees must have felt in this helpful, Panda-filled visual.

The amount of sympathy I have for rich festival hipsters being scammed at #fryefestival pic.twitter.com/3ZlA41dk07

7. Tough love: Jazmin Jackson had no sympathy for those that got scammed, using this Willy Wonka meme to say so.

8. Cheer up: Standing Up 4 Trump made us (and everyone else) smile with this hilarious bright-side reminder.

When the $12,000 checks got cashed and you can abandon all the dumb rich people who believed you weren't going to scam them #fryefestival pic.twitter.com/fJsG0BW8Kp

9. Scammer Jig: Queen Frost envisioned the demeanor of those that threw the fest, happily making off with their millions.

10. Sorry About ‘cha: 50 Cent’s face here perfectly sums up the faces of everyone on Twitter reading the news.

11. Making New Friends: Chris in California put the situation in terms we could best understand, using this animated GIF of Tom Hanks making friends with his soccer ball Wilson in Castaway.

12. May the Odds Be Ever in Your Favor: Laurie McIver envisioned a slightly more cutthroat game sitch than Survivor, harkening back to the Hunger Games, instead.

13. Finger Lickin’ Good: Sera Kantel was simply here for the Tweets, savoring every bit of shade being thrown.

And all they got was a shitty sandwich #Frye2017 #fryefestival pic.twitter.com/mCETnX9Ezb

14. GoFundThem: Jeffrey shared a satirical disaster relief GoFundMe post for fest victims, saying, “and all they got was a sh*tty sandwich.”

I cannot look away. The #fryefestival disaster is too #extra. I can't believe how long I considered going to this. @fryefraud #Fryefest pic.twitter.com/wnt9F83IXu

15. Blindsided: This unsuspecting weather anchor being blindsided by a flying stop sign made for the perfect analogy to how ticket-holders must have felt upon arrival to the fest.

16. Dr. Evil: This explains everything.

And, finally, perhaps best of all:

Which Tweet was your favorite? Cast your vote over @BritandCo.