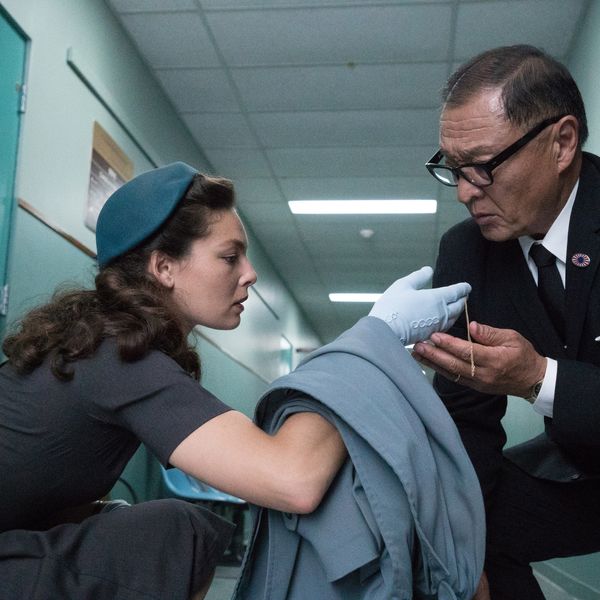 Netflix may put out the most original content of any streaming service, but that doesn't mean there aren't plenty of gems to be found elsewhere, too. Amazon Prime has maintained a steady stream of noteworthy titles since its first series was released in 2013, and it has more than two dozen new titles slated for production in 2019 and beyond. The service seems to specialize in binge-worthy dramas, so if you're looking for a primer on what to check out, here are eight suggestions. (Photos via Amazon Prime Video)

The Man in the High Castle: Although this historical drama premiered in 2015 and is set in the 1960s, it feels increasingly timely in its examination of the past and its vision of what would have happened if things had played out differently. Specifically, The Man In the High Castle depicts how the US would have looked if Nazi Germany and Japan had won WWII. It's an intriguing concept executed not only with great performances, but also with an inventive and empathetic eye that allows for several perspectives and possibilities. The show was recently renewed for a fourth and final season. (Photo via Liane Hentscher/Amazon Prime Video)

Homecoming: The number of podcast-to-screen adaptations is likely to increase after the success of this take on Gimlet's scripted podcast of the same name. It tells the (fictional) story of a transitional living center for veterans coming back from deployment, where all is not as it seems. The series also marks the small-screen debut of Julia Roberts, and while she will reportedly not return, the intriguing drama has been renewed for a second season. (Photo via Jessica Brooks/Amazon Prime Video)

Bosch: The fact that Bosch has been renewed for a sixth season even before the premiere of its fifth proves just how beloved this under-the-radar crime procedural is. While all the hallmarks of the genre are accounted for, the series' noir influence makes for a much more ambitious and striking version of your standard cop show. And as LAPD homicide detective Harry Bosch, Titus Welliver portrays the grueling, often bleak nature of the job with nuance and subtlety. (Photo via Amazon Studios)

Goliath: Who better to command a legal drama than TV vet David E. Kelley, the person behind shows such as Chicago Hope, The Practice, Boston Legal, Big Little Lies, and so many more? Kelley's pedigree shows in this fantastic drama starring Billy Bob Thornton as a one-time big-shot lawyer who left his practice, hit rock bottom, and now fights the good fight for the clients who need it most. Thornton's role won him a Golden Globe in 2017, and the show has been renewed for a third season, set to premiere sometime in 2019. Now's the time to binge. (Photo via Colleen Hayes/Amazon Prime Video)

Sneaky Pete: Giovanni Ribisi stars as a con artist who, upon his release from prison, assumes his former cellmate Pete's identity in order to escape a vengeance-seeking gangster he once wronged. This means convincing Pete's family that he is, indeed, their long-lost loved one. The situation leaves lots of room for humor, but the compelling drama — recently renewed for a third season — never turns silly. In fact, it's gritty and suspenseful the whole way through. (Photo via Myles Aronowitz/Amazon Prime Video)

Patriot: For a show about an intelligence officer going undercover as an engineer to spy on Iran's nuclear program, Patriot is much funnier than it has any business being. We're not talking side-splitting slapstick, but star Michael Dorman manages to bring some levity to the heavy subject matter, even as its high-intensity situations keep you on the edge of your seat. Two seasons are available to watch now, and a third is pending renewal. (Photo via Jessica Forde/Amazon Prime Video)

The Last Tycoon: Although this show never got a second season, its first is still very much worth checking out. Set in 1930s Hollywood and based on the F. Scott Fitzgerald novel of the same name, this period drama stars Matt Bomer as an up-and-coming producer who works for (and sometimes against) a staid studio head played by Kelsey Grammer. Amid their power struggles, Bomer's character pursues a romance with an aspiring actress (Dominique McElligott) who isn't what she seems. With its luxurious set and costume designs and a healthy dose of old Hollywood glamour, The Last Tycoon was the show we never knew we needed — and we wish we could get more. (Photo via Adam Rose/Amazon Prime Video)

The Romanoffs: How do you follow a show like Mad Men, a prestige drama that helped to define TV's so-called golden age? Creator Matthew Weiner did it with an absolutely bonkers anthology telling stories about people all over the world who believe themselves to be descendants of the Russian royal family. The series turned heads with its sprawling, star-studded cast, and while it ended up being better in theory than in practice, it's still a fun, indulgent watch for when you're looking for something a little left of center. (Photo via Sophie Mutevelian/Amazon Prime Video)