The 15 Most Colorful Pride Celebrations Around the World 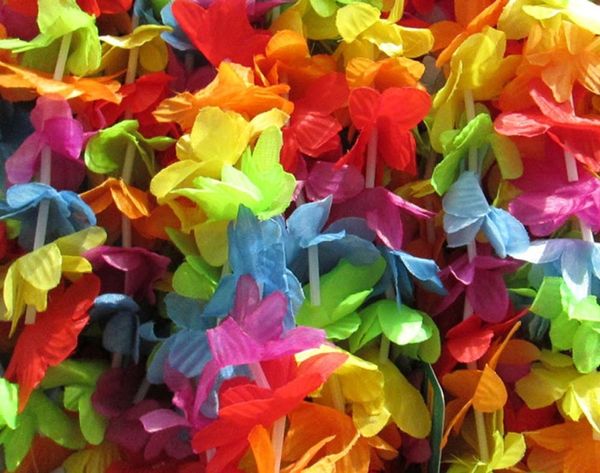 Summer generally promises more color in our lives. Flowers are in bloom, the days are brighter and longer, and more vibrant attire emerges from our closets. One reason for the explosion of color? It’s Pride season! You’ve probably seen the rainbow outfits on display and the flags waving high as your city gears up for its Pride festivities. Showing support for LGBT rights in any city is a beautiful thing. Over the summer months hundreds of major cities around the world will participate. Here are the most attended, most colorful, loudest and most proud celebrations all across the globe. Grab your glitter, your face paint or your wig and get marching!

1. Toronto’s World Pride (June 20-29, 2014): Over a million attendees will gather in one of the most diverse cities in the world this year to celebrate not only their city’s progress, but the whole world’s. This year, Melissa Etheridge headlines the week-long World Pride festivities.

2. Sau Paulo Gay Pride (May 30-June 3, 2014): In 2006, Sau Paulo hosted the largest Pride parade in the world. Having reached 3.2 million attendees in recent years, it’s only growing — and that means the other parades around the world are, too. While you may have missed the festivities this year, you can start planning your big vacay for the big gay parade for 2015.

3. San Francisco Gay Pride Festival (June 28-29, 2014): As a city that lead the way in equal rights (three cheers for Harvey Milk!), San Francisco hosts lots of amazingly festive parties. You can only feel proud when celebrating what gives the city so much of its momentum — the LGBT community.

4. Tel Aviv Gay Pride Week (June 8-13, 2014): Tel Aviv is another beautiful city that knows how to party so it makes sense that it would be home to one of the most popular Pride weeks in the world. We’ll see you there in 2015.

6. Amsterdam Gay Pride (Aug 1-3, 2014): This parade floats down Amsterdam’s Prinsengracht River with participants performing on boats and cheering from the streets. Additional concerts and performances throughout the city’s parks make for a true city-wide party.

7. New York City Gay Pride (Jun 27-29, 2014): NYC is the birthplace of the modern day gay movement, as the first parade was held in 1969 in response to police assaults during the Stonewall Riots. This influential city will soon have 50 years of colorful support to celebrate.

8. Christopher Street Day Berlin (Jun 21, 2014): This is the title of a series of parades throughout European cities. The one in Berlin concludes a month of events leading up to the widely attended grand finale.

9. Phuket Gay Festival (Feb 23-Mar 1, 2015): Phuket hosted its first Pride Week in 1999 and ever since the events, including competitions and performances, have been successfully entertaining for participants and tourists alike.

10. Pride Week London (July 18-27, 2014): After a week of parties, film screening and food, the parade finishes off the positive feelings with concerts at the major squares throughout the city.

11. Shanghai Pride (June 12-22, 2014): Even though political restrictions don’t allow for a parade, Shanghai makes up for that with art shows, film screenings, barbecues and plenty of costumes.

12. Chicago (June 21-22, 29, 2014): Chicago hosts a festival one weekend and parade the next. Last year’s theme for the events was “Pride 365,” practicing support every day of the year. This year the focus is “Reflections on Pride (Stonewell 45),” named for the bar that was the location for the NYC riots.

15. Pride Montréal (August 11-14, 2014): There’s lots to praise in such a multicultural city. With such life in its streets on the average day, Montréal loves coming together in support of a progressive cause.

What Pride events have you attended? What other Pride-related events throughout the world should we wave our (rainbow) flag for? Let us know in the comments below!

Isara Krieger
Isara is a photographer who loves words, and a writer who sees the world as a series of photographs. She's an East-to-West-Coast transplant who eats a lot. You can find her foodie insights on her blog Alone With A Cupcake, where she shares her thoughts on the best restaurants in Boston, San Francisco and places in between.
Party