#Trending! 6 Things to Click This AM: Beyoncé on Jeopardy + More! 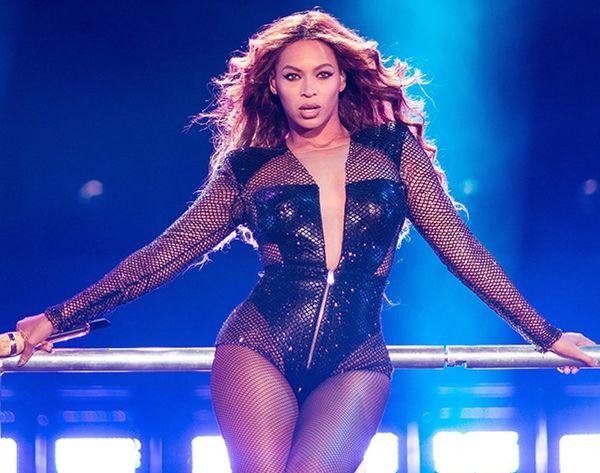 Before the Internet breaks due to Kim Kardashian‘s latest magazine cover (we give it to noon PST), we rounded up six things we clicked on this AM that will make your commute better and/or give you something to talk about with your coworkers today besides the weather…

1. JGL Needs You to Sound Off on Future Tech: Through his collaborative company hitRECord, Joseph Gordon-Levitt is asking YOU the people to tell him what you think and feel about future technology, like self-driving cars and brain chips. We’ve talked a lot about the former at least, so read up and sound off!

2. Beats Releases New Headphones: Kind of a big deal since this is the first release since the Apple acquisition, the new Solo2 ($200) boast new acoustics and a streamlined look. We’ll take them in purple, thankkkkkkks.

3. 6 Ways to Use Facebook to Make You Happy: The social network may have more to do with your mood than you would like to admit, so turn that Unlike into a Like with these cheerful tips! (via HuffPost Tech)

4. Takashi Murakami’s Tablet Art: How about a mini Made Us Look to kick off your morning? The Japanese artist (you know him as the designer behind the super happy flowers on that Louis Vuitton fake you rocked in high school) used tablets to make his latest collection, which expresses the angst of life in Japan since 2011’s Fukushima disaster. (via Mashable)

5. Beyoncé Was a Category on Jeopardy Last Night: Trebek rolled down the partition (pls) last night and devoted an entire category (called simply… & Beyoncé) to the Queen last night. Now your grandparents will know who the heck you’re talking about at Thanksgiving this year. (via MTV)

6. Let The Oatmeal Explain Net Neutrality to You: Don’t “get what Net Neutrality is”? Are you reading this right now using the powers of the Internet (I suppose the only other way would be creepily standing over me in my apt while I type this up in bed, so I sure hope the answer to this one is YES, DUH)? Then maybe you want to know a little more about Net Neutrality — and who better to break it down for you than The Oatmeal? (via The Oatmeal)

Lisa Raphael
In her past professional lives, Lisa has served the masses as the Editorial Director at Brit + Co, Bieber Whisperer at J-14, Golden Girls Fan Club Prez at Lifetime and Talk Show Host Understudy to Katie Couric. Now, she's taking on the sports world at The Relish, teaching Hairography 101 in her spare time and will forever be trying to fill the hole Zayn Malik left in her heart.
Facebook
Tech
Facebook Kardashians
More From Tech