Beyoncé’s Grammy Loss Has Opened a Tough Conversation About Racism 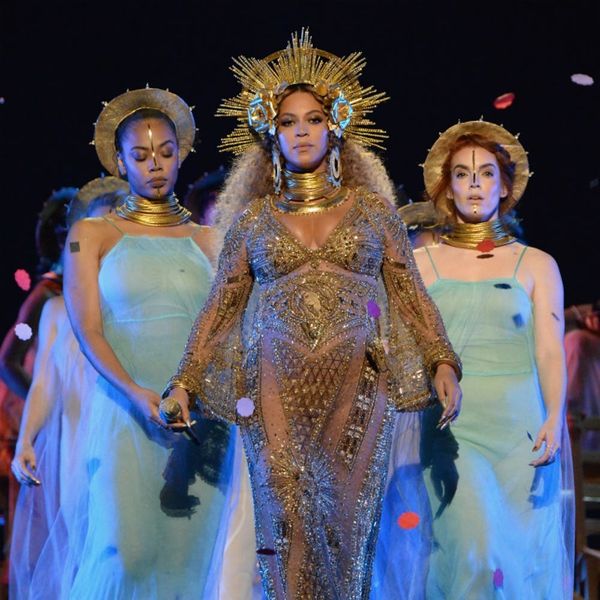 The 2017 Grammy Awards marked one of the most exciting awards shows in a long time, and it’s not just for the daring red carpet looks. While most people were talking about Adele’s dramatic acceptance speech that left everyone in tears, many are taking the time post-awards show to talk about something else: racism in the music industry. The conversation is both interesting and shocking all at once, not just for the content of the conversation, but for the many different sides it’s bringing out.

First and foremost, people are talking about why Bey’s loss to Adele is about racism. While many might argue that Adele just had a better album, one look at the Grammy academy shows a group of older white people. Adele’s 25 was a great album, to be sure, but Lemonade was daring. It took Bey out of her comfort zone, it talked about racism, sexism, divorce, politics, equality and more. Bey’s album was stunning for everyone, but gave a voice to black women in particular.

As others like Refinery29 have pointed out, there is an idea that has floated around for a long time about the price of black achievement called the “black tax.” What this means is that black people always have to work twice as hard as their white counterparts for the same recognition. While the name might seem shocking, it’s accurate; even Adele noted backstage at the Grammys: “What the f**k does she have to do to win Album of the Year?”

It’s not just the award itself that’s bringing up a question of race. Many people reacted strongly to Adele talking about her “black friends” during her acceptance speech, both positively and negatively. Many noted that Adele’s mention of black people in general was important and central to the discussion of racism in the music industry. Others, however, observed how problematic it is to bring up your “black friends” when trying to make a case for anything that’s racially charged. The internet is truly divided.

That was nice of Adele but "the way you make my Black friends feel" made me cringe just a 'lil, lol. Idk.

I didn't find much wrong with Adele calling out what LEMONADE meant to her Black friends. Bey made that for US. She knows that.

While both sides of the argument raise valid points, what’s most important to remember is that things don’t change sometimes unless we force the issue. #OscarsSoWhite made a valid point and the Academy switched up its membership to include a more diverse voting population. Now, there are a record number of black-centered films, actors and artists nominated. Change can only happen when we’re open to discussing the issue at hand without taking everything personally and truly listening to our peers.

Have you ever encountered a racist double standard? Tell us @BritandCo!

Kat Armstrong
Kat has been a writer, social media maven and mom for longer than she's willing to admit. She's also spent time in front of and behind the camera, interviewing celebs, politicians and acting as a producer for fashion and artistic photography shoots. When she isn't writing for various orgs and publications, she's hanging with her kids, husband and French Bulldog, Peter, in Toronto, Canada.
Beyonce
Pop Culture
Beyonce Grammy Awards Politics