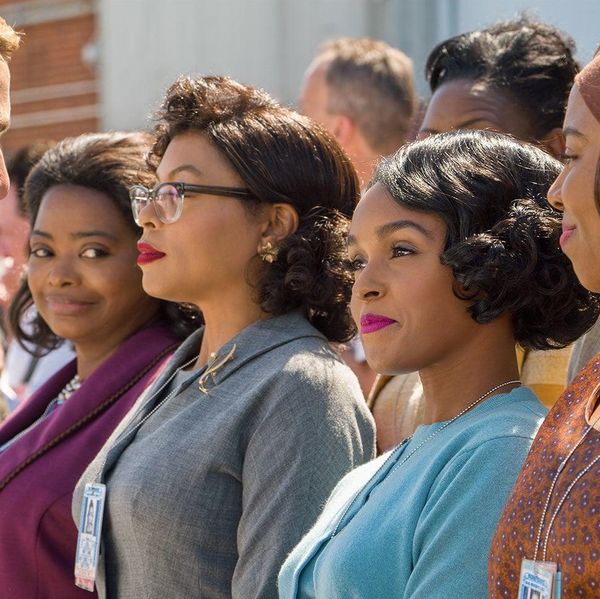 "If we are to go forward, we must go back and rediscover those precious values - that all reality hinges on moral foundations and that all reality has spiritual control," said Martin Luther King Jr. And if we are to go forward, we need to look back at our history to understand why we are where we are today. These films take a deeper look into the why than most history books and they are great films to boot. Celebrate Black History Month by learning more about our nation's race history through social-justice storytelling.

Judas and the Black Messiah: stream on HBO Max

Fred Hampton, chairman of the Black Panther Party in the late '60s, is betrayed by FBI informant William O'Neal in this biographical drama from director and producer Shaka King.

We love this one for the whole family. Watch three African-American women at NASA serve as the brains behind launching astronaut John Glenn into orbit in this heartfelt true story.

I Am Not Your Negro: stream on Amazon Prime

This documentary turns 30 pages of what was to be James Baldwin's last book (he died in 1987 before completing it) about the assassinations of three of his close friends: Medgar Evers, Malcolm X and Martin Luther King, Jr. Try not to love Baldwin in this film - he's pretty spectacular.

Based on newly discovered and declassified files, this new film from Emmy Award winning director Sam Pollard uncovers the extent to which the FBI imposed surveillance and harassed Martin Luther King, Jr. as well as the U.S. government's history of targeting Black activists.

This documentary film, directed by Dawn Porter, highlights the life of U.S. congressman John Lewis and his 60+ years of activism — from his involvement in the Civil Rights movement as a teen to his legislative career.

This documentary directed by Spike Lee recounts one of the horrific racial terrorist attacks on an African American church in Birmingham, Alabama during the Civil Rights Movement. In the attack, four African-American girls lost their lives and a nation was simultaneously revolted, angered and galvanized to push the fight for equality and justice on.

This Oscar-nominated film, directed by Ava DuVernay, follows the story of Dr. King and his followers as they marched from Selma to Montgomery, ultimately leading to President Lyndon Johnson signing the Voting Rights Act of 1965.

With a focus on the national prison system and its disproportionate and unfair impact on African Americans, Ava DuVernay explores the history of racial inequality in the United States in this groundbreaking documentary.

Learn how Harriet Tubman led hundreds of slaves through the Underground Railroad in this beautifully told film. Also check out the documentary: Harriet Tubman - They Called Her Moses on Amazon Prime.

When Richard and Mildred Loving, an interracial couple, married in 1958, it was a crime in the state of Virginia and they were jailed. Their love turned into a fight for Civil Rights and social justice through an historic Supreme Court ruling.

Bryan Stevenson, a Harvard law graduate, heads to the South to defend those who were wrongly or unfairly convicted. This is the true story of his first case and the racism he faced fighting for an innocent man's life.

When They See Us: stream on Netflix

This short series follows the five young men who were wrongly accused in 1989 of raping a jogger in New York's Central Park. The "Central Park Five" were exoneration in 2002, and ultimately a settlement was reached with the city of New York in 2014. Oscar nominee and Emmy winner Ava DuVernay co-wrote and directed the four episodes.

Entrepreneur Fox Rich spends the last two decades campaigning for the release of her husband, who is serving a 60-year prison sentence for a robbery they both committed in the early 1990s in a moment of desperation.