Blake Lively Reveals Why Her Marriage to Ryan Reynolds Works, Even If It’s “Never Normal” 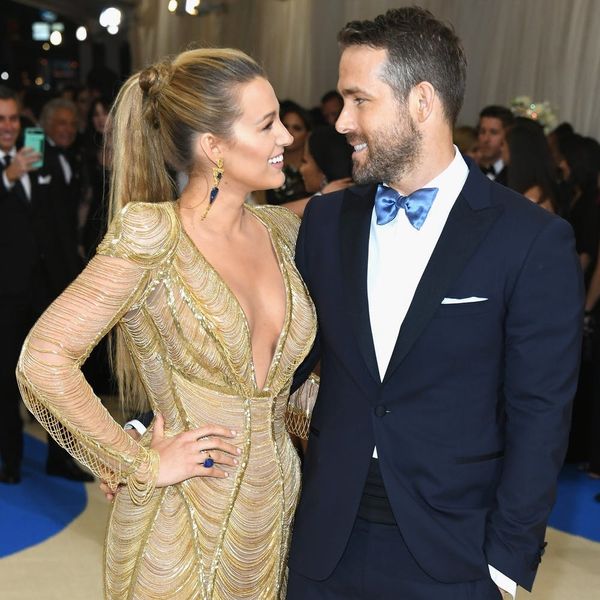 Blake Lively already let us in on why she married Ryan Reynolds (not that it wasn’t already pretty obvious to fans), and now she’s revealing the reason their marriage works, despite — or maybe because of — their admittedly “weird” jobs.

During a chat on Good Morning America earlier today, co-host Robin Roberts asked the All I See Is You star if it’s helpful that they’re in the business together. “In general, yeah, it’s nice to have somebody who understands what you’re doing. Especially because our job is so weird,” Lively replied. “We have to [pretend to] be married to other people — it’s all so strange. It’s never normal, even when we’re both doing it.”

She also said that knowing your significant other will be performing intimate scenes with someone else comes with the territory, and that it’s actually better in those situations to have a real relationship as a counterpoint to the fake one.

“It’s helpful to know that when you’re acting like you’re in a relationship with someone, that that’s not actually what’s happening,” she explained on GMA. “Because I have friends who are married to people who aren’t in the business, and they’re like, ‘Oh, so you’re not actually making love in that scene?’ And I’m like: ‘No, no, no, no, definitely not.'”

She also said that while the father of her two daughters is known for his online cheekiness, the fact that she doesn’t keep up with his social media silliness is probably for the better. “Luckily I lost my password to Twitter like a year and a half ago,” she disclosed, “so I haven’t been able to keep up. Everybody’s always asking me about it. He’s so funny.” Then, joking, she added, “But a lot of therapy.”

My daughter loves being buried up to her neck in sand at the beach. Her little face lights up when I come back to get her the next day.

Being a Dad isn't just about eating a huge bag of gummy-bears as your wife gives birth. It means being comfortable with the word hero.

I can go from researching a cramp on WebMD to coffin shopping in under 90 seconds.

We can’t help wondering if she’s seen his birthday message to her or his response to creating a life on your own terms, because they’re pure gold.

I'll have to ask my wife. https://t.co/ruRVxZXIZU

What makes your relationship work? Let us know @BritandCo!