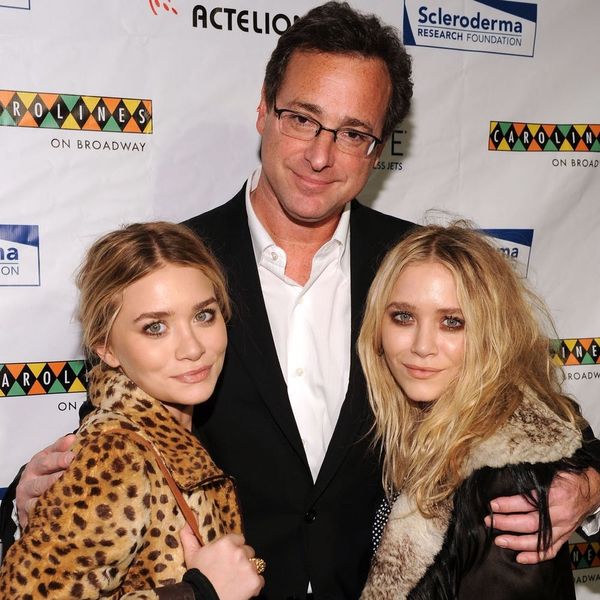 The RL Danny Tanner still has his onscreen daughters’ backs! Though it’s been more than 20 years since Bob Saget played dad to Mary-Kate and Ashley Olsen on Full House, he’s still sticking up for the twins he once called “Michelle” on TV.

Speaking out against the flak the girls have received in recent years from fans who wanted to see them reunite with the rest of the cast on their show’s reboot, Fuller House, Saget said he doesn’t blame them and doesn’t think others should, either.

The comedian stopped to talk to Entertainment Tonight while attending the Stand Up for Pits benefit in Hollywood on Sunday, addressing the situation head-on to say that the sisters shouldn’t feel obligated to keep up their acting careers if that’s not what makes them happy. “People should do what they want with their lives, and when they’re nine months old and they get a job, [they have a right to stop doing it],” he told the outlet. “I love them very, very much, Ashley and Mary-Kate, and they love what they do and acting is not what they want to do. People should do what they want to do.” Awwww!

The Olsens were just nine months old when they jointly took on the role of Michelle Tanner, playing the part from 1987 to 1995. They famously went on to star in their own movie franchise through Dualstar Entertainment Group before setting their sights on the fashion industry and leaving acting behind: Mary-Kate’s last role was in 2011’s Beastly, and Ashley took on only minor parts and video roles for years before quitting for good in 2013. Together, the sisters went on to build the sartorial empire they rule today, with fashion brands Elizabeth and James and The Row.

And while fans will surely always hold out hope that the ladies will have a change of heart and pop up on Fuller House sometime down the road, for now, it looks like we’ll have to settle for re-runs.

What do you think about Bob Saget’s take on the Mary-Kate and Ashley sitch? Let us know @BritandCo!

Desiree O
Desirée O is a ‘Professional Bohemian’ who loves anything and everything related to the arts, entertainment, and pop culture. She ADORES being a ‘Newsy’ for Brit + Co, covering all of the latest tidbits of awesomeness that you want to read about. When she’s not writing, she’s either making messy art, going on long adventurous walks with her camera, or poking around over at bohemianizm (http://www.bohemianizm.com/). You can find out about Desirée O and her work at http://DesireeO.com/ or follow her on Twitter @DesireeO.
90s
Celebrity News
90s Celebrities Nostalgia TV