No, You Don’t Need to “Take a Break” from the Birth Control Pill 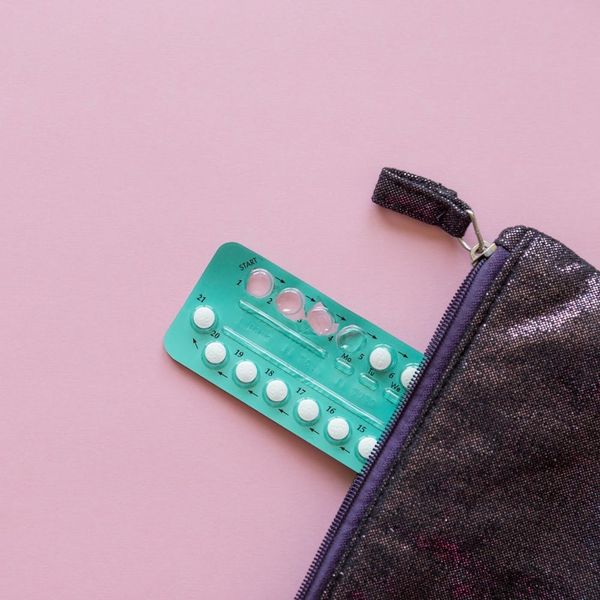 Since the first commercially produced contraceptive pill was approved by the Food and Drug Administration (FDA) in 1960, oral birth control has become an important medical tool for women and people assigned female at birth who want to control their own reproductive destinies. Today it’s the most commonly used form of birth control among American women aged 15 to 44, and it’s 99 percent effective when used perfectly (i.e., taken every day at the same time, without any conflicting medications). But get a group of people with ovaries together, and you’ll likely find that there are still a few myths about birth control going around. One of the most popular is that after you’ve been taking the pill for a few years, you need to take a break from using it to give your body the chance to “reset.” We spoke to experts to settle this myth once and for all.

How does oral contraception work?

Time for a quick refresher on your high school health class. When we talk about “the pill” in relation to birth control, we’re talking about a pill that combines estrogen and a synthetic form of progesterone called progestin, or a progestin-only pill which is sometimes called the mini-pill. Both kinds of pill mainly work by preventing ovulation (the release of a mature egg from the ovaries): No egg to fertilize means no pregnancy, elaborates Mariea Snell, DNP, an assistant professor and coordinator of the Online Doctor of Nursing Practice programs at Maryville University. She explains that the pills prevent a surge of luteinizing hormone (LH) which normally triggers ovulation, usually on about day 14 of a 28-day menstrual cycle. Dr. Snell adds that the pills also lead to thicker cervical mucus, which makes it harder for sperm to move around in the uterus, and slow down contractions in the Fallopian tubes that help push an egg toward the uterus, so even if you still ovulate, there’s less chance that egg will be able to meet up with any sperm hanging around.

It might seem like messing with your body’s natural hormone cycles would have permanent effects on your fertility if you decided to stop taking it, but that’s not the case for most people. “There are no long-term effects on fertility,” confirms Beth Donaldson, MD, medical director and a family physician for the Copeman Healthcare Centres in Vancouver and West Vancouver. After you stop taking oral birth control, “it can take a few months for your cycle to get back into a regular rhythm in order to actually get pregnant,” she says. “This is why I tell people to get off the pill six months before they want to try to get pregnant, to give their cycle a chance to get into a normal rhythm.” If you’ve been on the pill for years, you don’t really know how long a non-regulated menstrual cycle will last for you, which could make it harder to figure out when you’re ovulating so you can try to get pregnant. Over those six months, Dr. Donaldson says, you have a chance to see how your natural cycle has changed as you’ve aged, and to do any necessary tests. If your period or fertility has changed since you went on the pill, chances are it’s because you’re older, she says, not because of the pill itself.

Do you need to take a break from the pill?

The short answer is: No! “Many people think that they should take a ‘pill holiday’ and let their body reset, but this is not needed and we do not encourage it,” Dr. Snell says. Some of this confusion may have come from recent discussions around possible side effects of the pill. Although many people don’t experience any side effects, others have reported issues that make taking the medication intolerable, such as increased anxiety or depression, and headaches or migraines. If you’re in that latter group, the question of taking a temporary break is irrelevant since you’d be better off finding a different form of birth control altogether — and the same goes for certain medical conditions. “If you are someone who is more prone to clotting because you have liver disease, high blood pressure, or unknown clotting disorder, there may be possible side effects including deep vein thrombosis (DVT) or a clot somewhere else,” Dr. Donaldson advises. “However, this would only apply to a very minimal part of the population, and if you do have one of these as a known issue, you shouldn’t go on the pill anyway — as with anyone who smokes.”

If you’ve been taking the pill for a while without any side effects, and you don’t have any of these conditions, there’s no medical reason to take a temporary break. “The only real reason would be for someone who wants to see where their natural cycle would be, but [there is] no health benefit otherwise,” Dr. Donaldson confirms. In fact, many users don’t even need to take that weekly break that’s built in to many combined pill packs: “You do not actually have to take the fourth week off!” Dr. Snell says. “This is simply here to let you have a menstrual cycle. If you do not wish to have one, you can skip these and go on to take a new pill pack. This is particularly helpful for women who have debilitating menstrual bleeding and pain, or experience premenstrual dysphoric disorder (PMDD).” You also don’t have to take the placebos, says Adeeti Gupta, MD, FACOG, founder of Walk In GYN Care, the country’s first walk-in gynecology clinic. That’s as long as you can remember to start taking the next pack no more than a week later. “That being said, there are some packs which have 24 active pills and not 21. So, please follow the instructions carefully, otherwise, the failure rate can be high,” Dr. Gupta emphasizes.

If you’re good at remembering when to take your pill, you can shake things up even more, Dr. Donaldson adds: “You could do a regular cycle, do four months continuously, or just continue to take it back to back in order not to get a period. The only reason to continue cyclically would be that some women might see unpredictable spotting when taking the pill back to back, which can be kind of annoying more than anything.” So now you know: If you’re personally happy with the pill, there’s no medical reason to pull a Ross and Rachel and take a break.

RELATED: Online Birth Control Services Are Making the Pill More Convenient and Accessible Than Ever Before