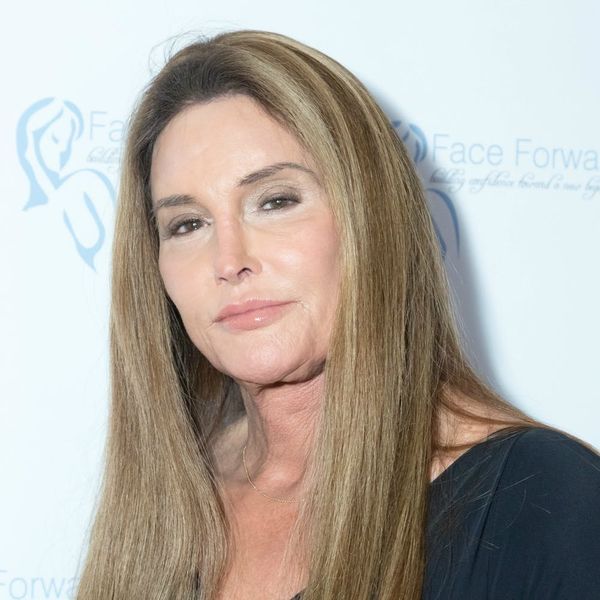 On Thursday, the Washington Post published an opinion piece by Olympian and author Caitlyn Jenner wherein the former Keeping Up With The Kardashians star said she was wrong for ever believing she could put her trust in the president and his administration and their handling of LGBTQ+ issues. In so doing, she manages to underscore how the blinders enforced by her privilege as a rich, white woman override her attempts at activism.

Jenner starts her piece by saying she’s spent the last two years reflecting on her original support of the Trump campaign, explaining that she believed her voice would be heard as an advocate for other transgender and queer Americans in spite of her political affiliations.

“Sadly,” she writes, “I was wrong. The reality is that the trans community is being relentlessly attacked by this president. The leader of our nation has shown no regard for an already marginalized and struggling community.”

It’s a commendable statement of recognition, but it’s also tremendously revealing: If Jenner actually understood how the party with which she’s been so adamantly aligned has historically operated, she would have seen how her pro-Republican stance was damaging to her community much sooner. While it’s true that the Republicans have softened their previous hardline anti-LGBTQ+ stances in recent years, within his first year in office, Trump’s administration worked to pull rights from trans military members, rescinded federal funding for schools that supported trans students, and much, much more.

But Jenner remained silent, even doubling down in April 2017 by saying she didn’t regret her support for Trump while admitting that the president had “made some mistakes” in handling LGBTQ+ issues. That’s because at the time, Trump’s attacks didn’t directly affect Jenner. As a senior white woman with extreme wealth, Jenner would never be joining the military. None of her children are trans students, and her wealth protects her from losing health care due to her gender expression.

The Department of Health and Human Services is urging three other departments — Education, Justice, and Labor — to redefine gender in the most narrow sense based solely on a person’s outward genital appearance at birth. By making gender an unchangeable binary in the eyes of the law, the administration threatens to trample the civil rights of not only trans people, but also intersex people and gender-nonbinary people across the country.

In the face of this new political direction, Jenner, in her op-ed, pledges to reverse course and buckle down on advocacy work.

“I must continue to educate political and corporate leaders about the issues of homelessness, job discrimination, violence, access to health care, prejudice in housing, depression, suicide and so many other issues that disproportionately affect our long-ignored community,” Jenner writes. “I will still work with anyone who is committed to help our community.”

If previous recommendations from trans activists are any indication, that “work” would best be done behind the scenes. As activist Laura A. Jacobs wrote in an open letter addressed to Jenner in 2016, “We beg you, or at least *I* beg you: just stop trying to help through visibility. Put your efforts behind the scenes. Be a TransFairy Godmother and donate to the countless organizations that are desperate for resources to help those with less access.”

Jacobs is one of numerous trans artists and activists who have spoken out against Jenner’s spotlight-seeking brand of activism, repeatedly asking that she instead use her vast wealth to support her trans family. But it’s not too late for Jenner to internalize the valid criticism from her community and donate to organizations like Trans Lifeline, the National Center for Transgender Equality or GLAAD — something we can all do to support trans rights today.

Kat Armstrong
Kat has been a writer, social media maven and mom for longer than she's willing to admit. She's also spent time in front of and behind the camera, interviewing celebs, politicians and acting as a producer for fashion and artistic photography shoots. When she isn't writing for various orgs and publications, she's hanging with her kids, husband and French Bulldog, Peter, in Toronto, Canada.
Celebrity
Gender Issues
Celebrity Controversy LGBTQ
More From Gender Issues