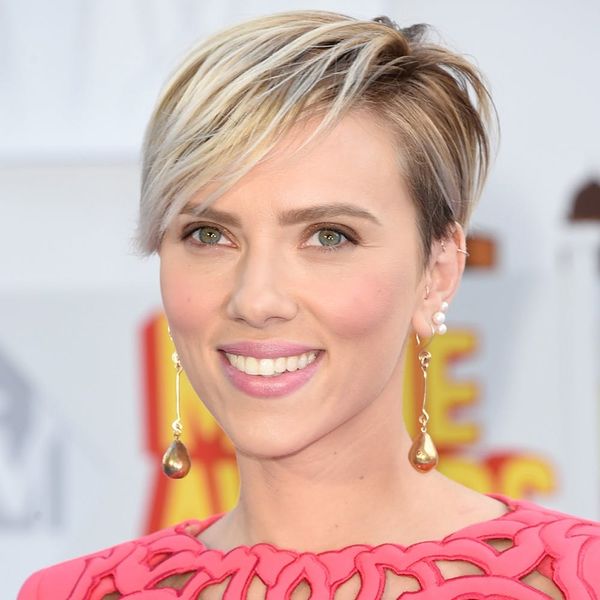 While fall is not here quite yet (that pumpkin spice obsession is going to have to wait a little while longer), celebs seem to have the transitional season the brain based off a few of the hair color switch ups we’ve spotted recently. We love a super sunny, beach blonde look as much as the next girl, but when the leaves start to turn and you’re hanging out by fireplaces instead of beaches, it only seems natural to adjust your new ‘do to match the cooler season.

In a recent paparazzi photo (see it here), Scarlett Johansson was spotted rocking some bright red locks, a look reminescent of her Avengers days that’s drastically different from the golden color we saw her sporting during award show season. But ScarJo isn’t the only member of Hollywood who is opting for a change. Here are three other celebs who have recently gone to the dark side.

1. Lily James: Not only did Lily go for a pretty dramatic chop, but she also ditched her Cinderella-approved blonde hair for a rich, espresso color. (Photos via Stuart C. Wilson/Jason Merritt/Getty)

2. Amy Poehler: Long gone are the blonde locks we had come to associate Amy Poehler with. The actress first debuted a strawberry blonde color back in April, but has recently switched things up yet again, trading the light color for a deeper shade of auburn. (Photos via Pascal Le Segretain/Ben A. Pruchnie/Getty)

3. Blake Lively: Even the always blonde Blake has decided to go a little darker by debuting a coppery shade of “bronde.” The new mom has been Instagramming photos of her new color a bunch recently. Considering Blake has tagged most of those snaps with the hashtag “#BlondevsBronde” we’re guessing she’s a pretty big fan of the new color. (Photos via @blakelively and Jamie McCarthy/Getty)

Have you recently gone darker? Share a photo with us in the comments below.