30 Celebrity Hair Trends That Will Dominate in 2018 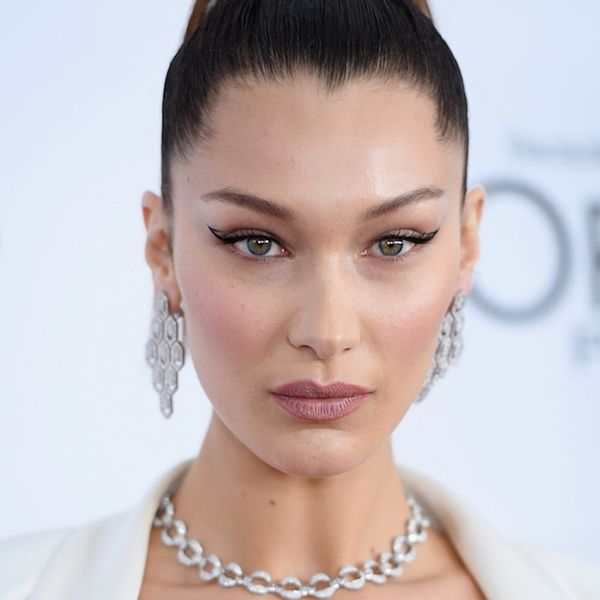 Start off 2018 in true It-girl style with a trend-right hairstyle this January. Our Hollywood muses provide all the hairspiration you'll need to make going under the scissors a breeze. We rounded up 'dos that will work for every hair length — medium-length strands included! Keep clicking to view the top celebrity hair trends of 2018 and complete the "New Year, New You, New 'Do" trifecta.
Hand-Parted Bangs: Our reigning queen of Cool-girl hair, Alexa Chung, proves hand-parted bangs are a look to steal this season. (Photo via Pascal Le Segretain/Getty)
Brushed-Out Boho Waves: Follow Amanda Seyfried's lead by ditching the damaging heat tools and embracing soft locks in all their natural glory. (Photo via Elisabetta A. Villa/WireImage/Getty)
Slicked-Back Styles: Bella Hadid's ultimate "facelift-in-a-hairstyle" comes courtesy of her slicked-back, skintight, sky-high pony. (Photo via Dimitrios Kambouris/Getty)
Formal Ponytails: Whether high, low, messy, or neat, the formal pony — like Blake Lively's rendition — is fabulously on-trend. (Photo via Ian Gavan/Getty)
Grown-Out Pixies With Headbands: Both shaggy pixies and headbands are two newcomers of note in the season's trend forecast. (Photo via Jeff Spicer/Getty)
Updos With Double Buns: Forget space buns — seriously. The infinitely cooler variation is this stacked, double-bun look, as seen on Emma Stone. (Photo via Venturelli/WireImage/Getty)
Grunge Vibes: All hail Frances Bean Cobain, our princess of grunge. She rocks those fab "DGAF" locks like we've never seen 'em before. (Photo via Jamie McCarthy/Getty)
Low Chignons: Gwyneth Paltrow's tidy, knotted chignon is as versatile as it is chic. (Photo via Jim Spellman/WireImage/Getty)
Scrunchies: Holy '80s — scrunchies are back — and Hailey Baldwin is out to prove it. (Photo via Paul Archuleta/FilmMagic/Getty)
Textured Top Knots: Janelle Monae's trendy top knot with natural texture is the shining star of natural tresses. (Photo via Randy Shropshire/Getty)
Messy Side-Styles: Messy-pretty tresses, like Jennifer Lawrence's, call for off-center buns. (Photo via Jeff Kravitz/FilmMagic/Getty)
'80s Curls: Think: Dirty Dancing era hair with unstoppable bounce, as made fierce by Joan Smalls. (Photo via Gary Gershoff/WireImage/Getty)
Modern Ponytails: Kate Mara knows what's up. She's rocking the most fashion-forward hair trend of them all. (Photo via Walter McBride/FilmMagic/Getty)
Titanium Blonde Bleach Jobs: Instead of the shiny, platinum-white locks of the past, today's It-girls go for the muted, ashy-gray tone embraced by Kim Kardashian West. (Photo via Jason LaVeris/FilmMagic/Getty)
Center Parts and Low 'Dos: Lily Aldridge's sleek, center-parted hairstyle is still in — in a big way. (Photo via JB Lacroix/WireImage/Getty)
French-Girl Hair: French model Louise Follain is one of our modern hair muses. She always slays with lived-in locks, overgrown bangs, and the Parisian woman's je ne sais quoi. (Photo via Cindy Ord/Getty)
Wet Hair: Lucy Hale's deep side-parted, faux-wet hairstyle is two smokin' hot hair trends in one. (We're not gonna lie — the ultra short bob is on fire too!) (Photo via Dave Kotinsky/Getty)
Undone Banana Buns: Lived-in tresses with literal loose ends are all the rage RN. Margot Robbie pulls hers off with a metallic hair accessory to boot. (Photo via Taylor Hill/FilmMagic/Getty)
The Itty-Bitty Pony: Along with extra short bobs come tiny ponytails galore. Nina Dobrev's looks extra cute, thanks to must-have fringe. (Photo via Axelle/Bauer-Griffin/FilmMagic/Getty)
Formal Deep Side Parts: Slicked-back pixies with deep side parts are how stars like Rooney Mara go glam. (Photo via Amanda Edwards/WireImage/Getty)
Natural Textures: Even if you don't have stand-out volume like Shay Mitchell's, natural textures of all kinds are being embraced by the world of beauty. (Photo via Jon Kopaloff/FilmMagic/Getty)
Hairscaping: Solange Knowles always reps individuality — which is absolutely key this year. Don't let convention hold you back from turning heads. (Photo via Jason Merritt/Getty)
Edgy Braids: Tia Mowry's decked-out braids are almost too haute to handle. ICYMI, the year calls for braids, braids, and more braids. (Photo via Paul Archuleta/FilmMagic)
Floral Accents: Our festival beauty muse, Vanessa Hudgens, pulls off floral accents flawlessly. Now it's our turn! (Photo via Paul Archuleta/WireImage/Getty)
Bowl Cuts: OMFG. We totally cred Zendaya — who rocked this sleek bowl cut at the 2016 Met Gala — for the cut's recent rise on the runway. (Photo via Larry Busacca/Getty)
Embellished Parts: Zoe Kravitz decked out her center part with an edgy, tribal braid down the middle. We've already spotted fancy AF part-lines embellished with gems this season. (Photo via Steve Granitz/WireImage/Getty)
Mid-Length Hair: Jenner took her lob a tad shorter, showing us exactly how to rock a formal lob-bob on the red carpet. (Photo via Jon Kopaloff/FilmMagic/Getty)
Flat Roots and Lived-In Waves: We'd wear this down 'do from Jasmine Tookes every single day if we could. It's no surprise it's the It-hairstyle of the season. (Photo via Jon Kopaloff/FilmMagic/Getty)
Ballerina Bun: It doesn't get any more polished or classic than a ballerina bun, like we spotted on actress Kate Bosworth. (Photo via Jason Merritt/Getty)
Twisted Styles: Half-up 'dos — like this red carpet look worn by Uma Thurman — are getting unique upgrades with parallel twists. (Photo via Chris Jackson/Getty)