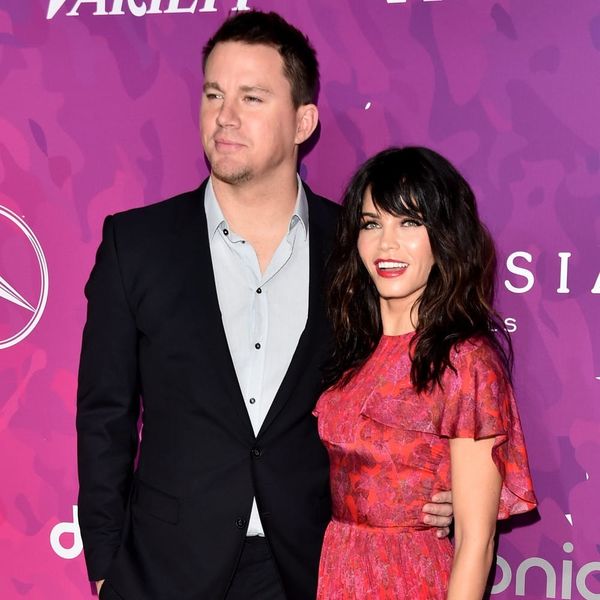 Looks like Channing and Jenna Dewan Tatum are gonna need to do a little last-minute Christmas shopping (might we suggest the DoneGood app?).

Their daughter, Everley, just made her official Christmas list, and let’s just say that girl has some pretty high expectations.

This kid wants magic, and frankly? We don’t blame her (what do you expect when your dad is a merman?). We mean, what little girl doesn’t want Rapunzel and Tiana princess dresses (never mind that Everley already has this purple one and one of Belle‘s)?

But that’s not all. This list also happens to include not only glitter (for both herself and “the fairies” — don’t ask), but RAINBOW glitter — she was clearly inspired by Mom’s sparkle unicorn costume.

She also, curiously enough, has need for a lot of colorful signage. While a purple stop sign is a must (she wrote it twice, lest Santa should forget), she’s also requested a pink one for her fairy pals and a pink, white and purple one for the trees (just in case they ever DO decide to move, and too quickly at that).

She’s not 100 on new rocks and treasures and sea animals, though — they’re only a maybe.

Which also happens to be the answer to whether or not she’s been a good girl this year. “I’ve been mostly good,” she says. What a trip!

Here’s to hoping you get more rainbow glitter and purple stop signs than you know what to do with, Everley.

Nicole Briese
Nicole is the weekend editor for Brit + Co who loves bringing you all the latest buzz. When she's not busy typing away into the wee hours, you can usually find her canoodling with her fur babies, rooting around in a bookstore, or rocking out at a concert of some sort (Guns N' Roses forever!). Check out all her latest musings and past work at nicolebjean.com.
Christmas
Celebrity News
Christmas Family Parenting