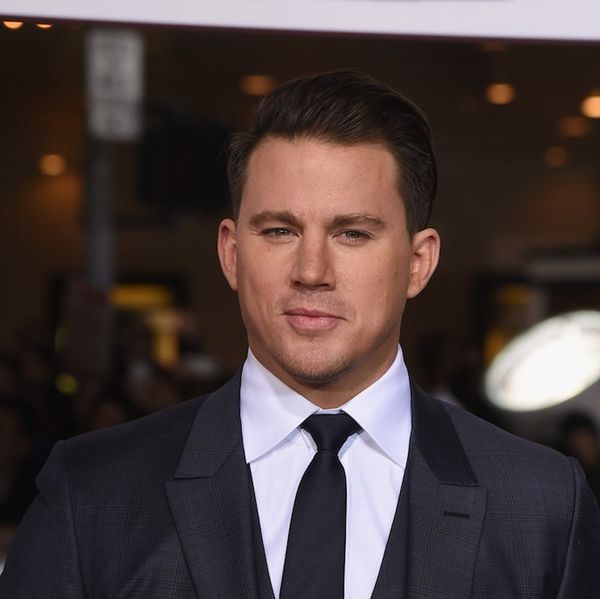 Okay, we’ve got to admit — there’s not a lot to go on here, but don’t all the best announcements start from rumours? Even before Grease: Live was a smash hit this past weekend, ABC had already greenlit the Dirty Dancing TV movie (with Abigail Breslin and Debra Messing cast so far), and now TV comedy writer Megan Ganz has started putting it out into the universe that the dancing queen himself, Channing Tatum, and Anna Kendrick need to star in this together.

@meganganz @channingtatum True fact: @JordanPeele tweeted this exact thing in 2013. And I've always said you're the Jordan Peele of 2016.

@meganganz @AnnaKendrick47 just one more actually. His name is @channingtatum

Channing was actually asked about the potential casting at the premiere of Hail, Caesar! last night, and while he didn’t know he had been dreamed into this role yet, he agrees it was meant to be and is fully on board. “I would do anything with [Anna],” he told ET.”I’ll play Baby, I’ll totally play Baby!”

We have GOT to get The Secret-ing this one into being. STAT!

Would you watch this dream duo in Dirty Dancing? Let us know on Twitter at @britandco!