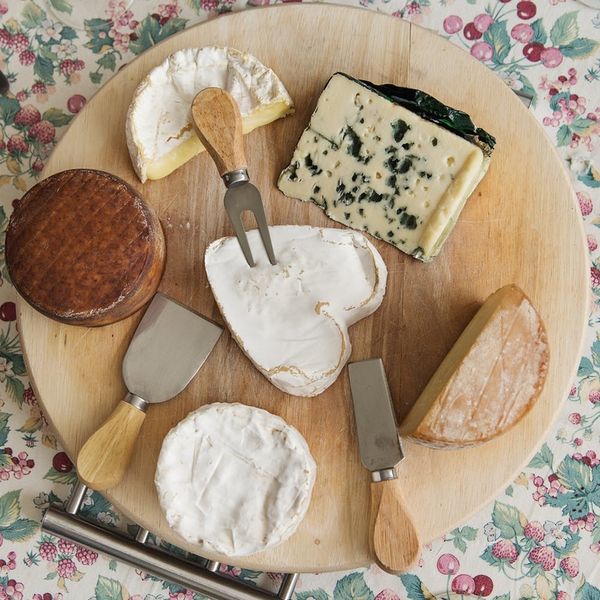 Our relationship with cheese is complicated. Much like Drake and Rihanna, if you will. We’re all in for awhile. Then it gets to be too much so we take a step back. Go for the reduced fat instead and just like, see each other in moderation, you know? But then we have a reunion and proclaim our love for each other on stage at the VMAs. Okay, maybe not that last one, but you get it.

One thing worth noting though: This study was partially funded by a group of dairy suppliers. So kind of like that time Barilla sponsored a study stating pasta was healthy, the results might be skewed slightly to find a way to make cheese seem more diet-friendly than it actually is. Cheese probably shouldn’t replace your daily intake of greens, BUT this study could still be helpful when you’re at the market trying to decide between the full-fat cheese you really want and the reduced fat option your gym membership says you should get. Go for that full fat, girl. Science says so.

Cortney Clift
Cortney is the senior writer and special projects editor at Brit + Co. She typically covers topics related to women's issues, politics, and lifestyle. When she's not buried behind her computer you'll find her exploring New York City or planning her next big adventure.
study
Food News
study
The Conversation
Reviews:
More From Food News