Chelsea Clinton Is Expecting Her Third Child With Marc Mezvinsky 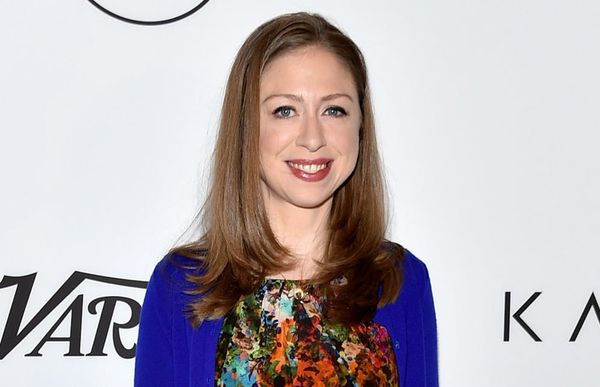 The new addition will join the couple’s four-year-old daughter, Charlotte, and two-year-old son, Aidan. “Marc and I have loved watching Charlotte be such a wonderful big sister and we’re excited to watch Aidan become a big brother!” Chelsea tweeted. “We cannot wait to meet our newest addition later this summer.”

Marc and I have loved watching Charlotte be such a wonderful big sister and we’re excited to watch Aidan become a big brother! We cannot wait to meet our newest addition later this summer.

Her famous parents haven’t publicly reacted to today’s happy news yet, but if history is any indication, they will soon. When Chelsea welcomed Charlotte in September 2014, former Secretary of State Hillary shared a message about her first grandchild, writing, “@BillClinton and I are over the moon to be grandparents! One of the happiest moments of our life.”

One of the first responses to her tweet was someone suggesting “CHARLOTTE CLINTON FOR PRESIDENT 2052.” Perhaps the same political destiny lies ahead for the newest Clinton on the way.

In the meantime, Chelsea is doing what she can to pass along her values to her kids. In 2017, she wrote a kids’ book, She Persisted: 13 American Women Who Changed the World, about some of her feminist heroes. “We’ve read She Persisted many times, and thankfully, Charlotte wants to hear this story every day and Aidan wants to do whatever his big sister wants to,” she previously told Parents. “We know it’s important to let our children see their mother and father involved in chores around the house and caring for them. We also talk about the choices we’re making and what we fight for and work for in the world. It all matters in raising daughters and sons who believe they can do and be whatever they want to be.”