Try These Chipotle Hacks to Get FREE Burritos 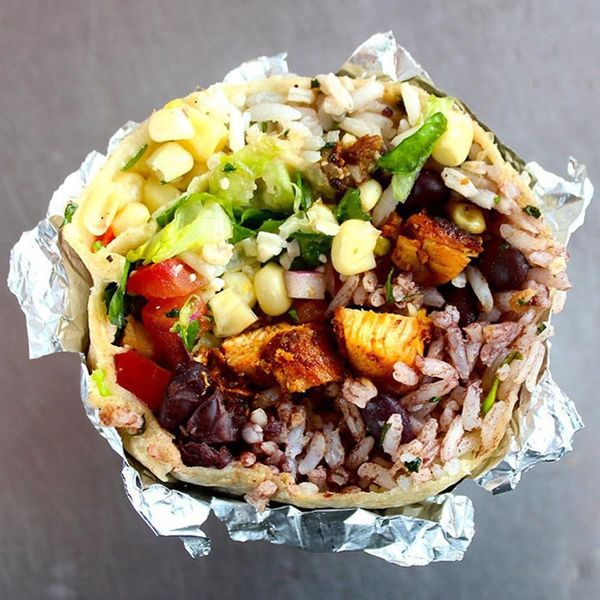 We thought we had already been treated to the best burrito-themed news of the summer — a man and his burrito engagement photo shoot — but we were wrong. The land of carnitas once more just got burrito hacked and the results will make you fuller than ever before.

Apartment List intern Dylan Grosz recently shared six tricks to get you 86% more burrito at Chipotle for free. Yes, you read that right, 86% more for free!

To uncover the best methods of increasing the total Chipotle burrito size Dylan took his “geeky love of data and my black hole of a belly to Chipotle for several days and ordered 5 burritos each day (35 burritos total), then returned to the Apartment List office to meticulously separate out and weigh the ingredients.” A true hardship of a research study ;) After trying various burrito weight increase methods to uncover the winning combo, he presented his six tips on ordering a burrito that is 86% bigger without paying more money, check ’em out below.

1. Order a burrito bowl and a tortilla on the side: He discovered that burrito bowls typically have “15% more ingredients across the board” because there’s no obvious tortilla constraints. Use that tortilla side order either as a dipping device or DIY your very own burrito at the table.

2. Ask for two tortillas: This method is referred to as double wrapping by Chipotle pros. After asking for the extras at the end of your order Dylan warns that you’ll have to do that wrapping yourself but once you accomplish that task not only will your burrito be “25% bigger” but it will also be 100% more carbs (that’s our own data ;)

3. Order both types of rice: Why choose *only* white or brown rice when you can pick both? Sidenote: Why have we never thought of doing this?! This carb-loading trick will result in 93% more rice for you and a 23% burrito increase. We can feel the post-meal nap coming.

4. Get both bean varieties: Same as above, but this time with beans. Have that Chipotle staff member throw pinto and black beans on your meal to equal 92% more beans and a 16% burrito weight gain.

5. Combo meats: Who doesn’t love a good combination platter?! Split your GMO-free meat choices down the middle to not only increase your burrito size by 9% but get 54% meat. Meat day Monday, anyone?

6. Add fajita veggies and corn salsa: Many people forget and/or skip these free, colorful, tasty add-ons. But if you’re going for a huge burrito why would you do that?! This addition will give you 15% more burrito to work with.

Dylan shared that after combining all six of these hacks together the standard 17 ounce burrito will transform into a nearly 32 ounce one without dropping any extra coins (unless, of course, you want that guac). Now go order yourself a MASSIVE Chipotle burrito while pissing off the staff and ending up in a food coma ;)

Will you be trying these hacks at your next Chipotle visit? Let us know if you are and if these tricks worked for you in the comments.