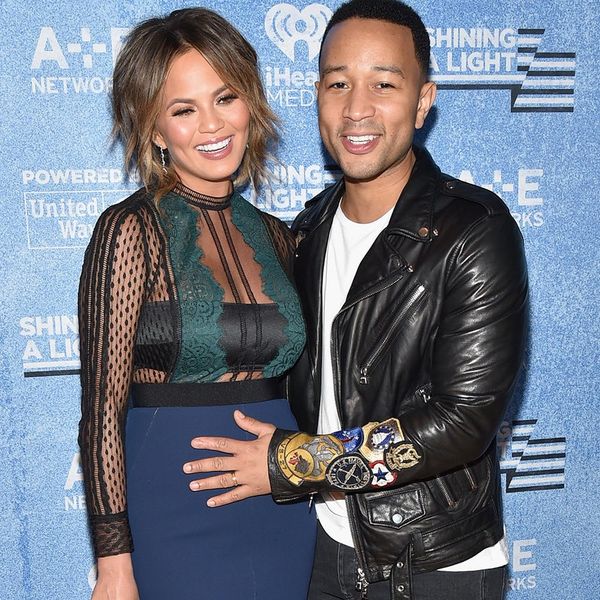 It’s safe to say that 2015 has been a pretty stellar year for Chrissy Teigen. The model and talk show host revealed she and her husband John Legend were expecting, she had some super empowering body positive moments and oh ya, she was just gifted a GIANT wheel of cheese for Christmas. As if things weren’t going well enough, Chrissy took to Instagram yesterday to share that she landed the cover of Vogue Thailand. The super exciting news was made even sweeter when we read the caption accompanying the shot that nonchalantly revealed the sex of her baby.

In the caption she writes, “So proud and honored to have shot the cover of Vogue Thailand! Special to me for so many reasons… one being I am SO PROUD to be Thai, so excited to have shot a Vogue cover (a dream, of course) annnnd a couple minutes after this shot, John and I learned we were having our little baby girl!”

So, who’s ready to start brainstorming baby names with us? Considering Chrissy’s passion for food and cooking, we’re going to say that something like Basil or Brie might not actually be all that crazy of a pick.

Where were you when you learned the sex of your baby? Share your story with us on Twitter @britandco.

(Photos via @chrissyteigen and Mike Windle/Getty)