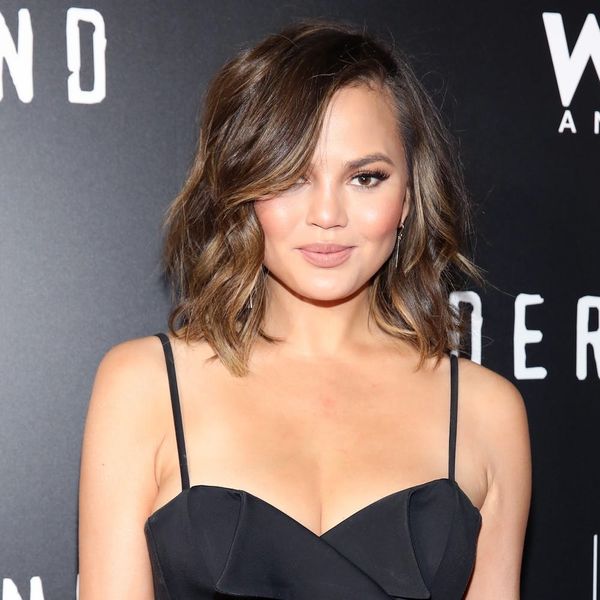 Chrissy Teigen has been touring her home town of Snohomish, Washington with husband John Legend and baby Luna. After reports that the stars went to Teigen’s high school, the Lip Sync Battle host shared a photo of her cheerleading squad from Snohomish High, and it proves that the model and actress has never had an awkward stage.

Every single one of the cheer squad in Teigen’s photo is flawless. Their mega-watt smiles and dewy skin show that not everyone had to suffer through weird teenage times. Calling out her friends, Teigen captioned the post, “Yes ladies!!” Maybe they had a squad reunion while the family was on tour in the state.

According to reports, husband Legend sat in on Snohomish High’s Rent rehearsal, and the couple posed with school officials. Besides that visit, Teigen, Legend, and baby Luna got to throw out the first pitch at a Seattle Mariners game, allowing Luna the honor.

Teigen isn’t the only celeb to have been a cheerleader. Halle Berry, Miley Cyrus, Blake Lively, and Reese Witherspoon all cheered their home town heroes back in the day, among others.

Did you ever cheer in high school? Tell us @BritandCo!

Kat Armstrong
Kat has been a writer, social media maven and mom for longer than she's willing to admit. She's also spent time in front of and behind the camera, interviewing celebs, politicians and acting as a producer for fashion and artistic photography shoots. When she isn't writing for various orgs and publications, she's hanging with her kids, husband and French Bulldog, Peter, in Toronto, Canada.
Chrissy Teigen
Celebrity News
Chrissy Teigen Nostalgia
More From Celebrity News