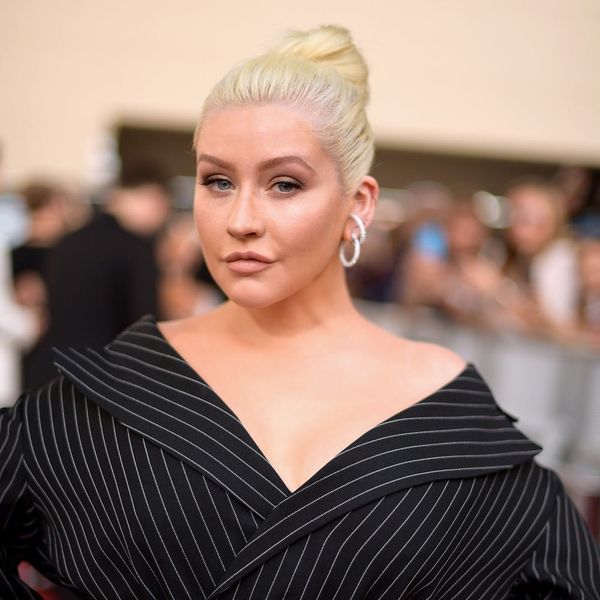 For Christina Aguilera, this year is all about revealing her truth. After appearing makeup-free on the cover of Paper back in March, the singer is opening up in a new interview for Cosmopolitan‘s October issue and reflecting back on her “Dirrty”-era days, when she was pitted against fellow pop star Britney Spears.

In 2002, Aguilera released her fourth studio album, Stripped, which came with both a new sound and a new look. Although the record itself was a hit, the former Mickey Mouse Club star faced a lot of criticism for her makeover.

“It’s hard to hear yourself being called names. I remember being hurt by these commercials on MTV, pitting Britney as the good girl and me as the bad girl,” she told Cosmo. “It’s like, if I’m going to be demure and innocent, that’s okay. But if I’m going to just be myself, I’m trouble.”

@xtina is our October cover star! Click the link in our bio to read her candid interview about her "rivalry" with Britney and why she won't date a celeb. 💥 Photo by @kaizfeng #ChristinaAguilera @michprom

Despite that, the 37-year-old mother of two has no regrets about her image and is still an advocate for women owning their bodies and being themselves. “I love the female body, and I think it’s something to be proud of, not something that men should dictate ownership of,” she said. “‘Dirrty’ was extremely controversial at the time, but it would be nothing now. I hope I paved the way and helped set the ground rules that women can be any version of themselves they wanna be…and proud of it.”

Aguilera’s current favorite version of herself is the one on her Liberation album cover — stripped down and natural. “I still love getting glammed up, but I want to show imperfections on this go-round,” she explained to Cosmo. “It’s scary, but I’m up for the challenge. You can’t tell me something I haven’t already heard about myself anyway.”

Do you think it’s unfair that stars are pitted against each other? Tell us over @BritandCo.

(photo via Matt Winkelmeyer/Getty for dcp)