These Are the Cities Where You’d Live the Best Life 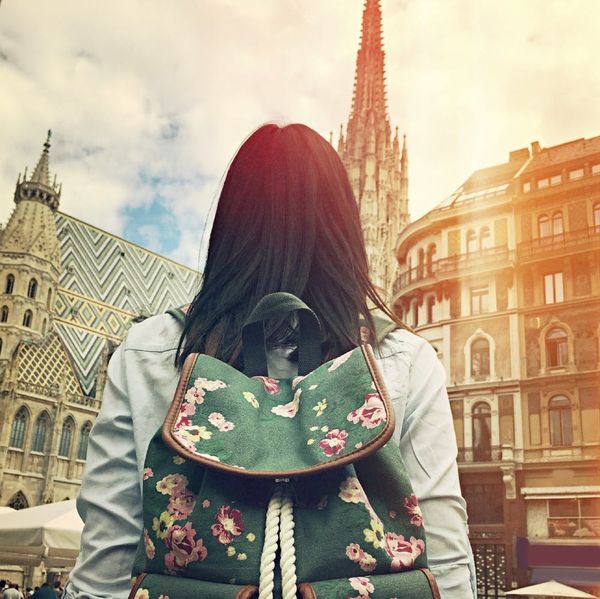 Most of us have considered living abroad — or have actually done it — at one point in our lives. Whether it’s for an international job, to sharpen our creativity or just to feed our wanderlust, expats want a good quality of life in their new environment. And of course, they want to feel safe. Mercer recently ranked cities around the world based on 39 factors that affect living quality, including political stability, crime, personal freedom, medical services, housing and more to help multinational companies analyze the health and safety of their expat workforces. The verdict? Western Europe is the place to go.

Cities in this region continue to have some of the highest quality of living in the world, making up seven of the top 10 spots. This year, Vienna was on top again and has been for the past seven rankings. Next are Zurich, Munich, Dusseldorf, Frankfurt, Geneva and Copenhagen. On the other side of the continent, Prague ranks the highest in Central and Eastern Europe (69th overall). The lowest-ranked cities in Europe include Kiev (176th) and Tirana (179th). On the super-bad end was Minsk at 190th place (so we’re guessing David from Friends didn’t have a great time there — except in spring, when he said it’s “just lovely”).

European cities also rank high for personal safety with Luxembourg at the top, followed by Bern, Helsinki and Zurich all tied for second place. Kiev, St. Petersburg and Moscow all rank lowest for personal safety compared with the rest of the continent.

In North America, Canadian cities take the lead for quality of living, and they rank high for safety. Vancouver is the highest-ranked city on the continent (5th worldwide), followed by Toronto (15) and Ottawa (17). In the U.S., San Francisco earned the top spot (43), followed by Boston (34), Honolulu (35), Chicago (43) and New York City (44). And in Mexico, people feel happiest in Monterrey (108).

If you’re considering living in the Asia-Pacific region, you can’t go wrong in Singapore (26), but you’ll probably want to steer clear of Dhaka, which ranked the lowest at 214. When it comes to personal safety in this region, it varies greatly from city to city. Singapore (8) ranked highest overall, and Bangkok had a low score, coming in at 173rd.

New Zealand and Australia have some of the highest quality of living throughout the world, with Auckland ranking 3rd globally and Sydney 10th.

In the Middle East and Africa, Dubai (75) ranked the highest for quality of living across the region, and South African cities such as Durban, Cape Town and Johannesburg were 85th, 92nd and 95th, respectively. Baghdad, on the other hand, was the lowest regionally and worldwide (230) while Abu Dhabi is considered the safest city in this region.

So if your boss gives you a choice of where to relocate, we’d suggest Western Europe or one of these other top regions (and pass on Minsk).

If you could live anywhere in the world, where would it be? Let us know @BritandCo.

Corie Hengst
Corie is a freelance writer, editor and self-proclaimed grammar nerd. Over the years, she has written and edited a variety of articles ranging from travel to finance to beauty. When she’s not writing, you can find her surfing travel websites, cooking and teaching at Gotham Writers’ Workshop in New York City.
Entertainment
More From Entertainment