Here is Everything Coming to Netflix in February 2016 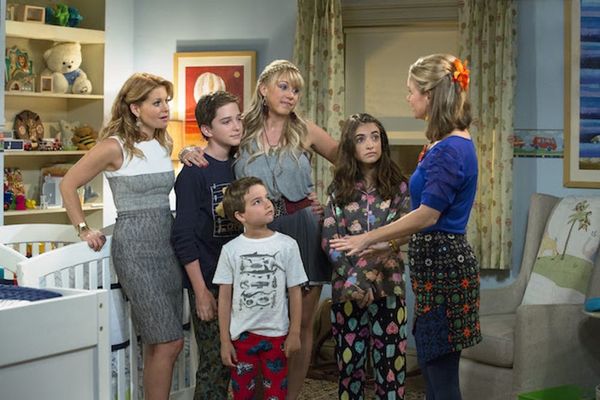 If there was every a month for Netflix and chill, it’d be February. Yes, we know the Internet has been waaaaaay saturated with the term, but this time hear us out. February is the height of cuffing season, being that it’s still cold out and all. Plus, since you never know when there’s going to be another nor’easter headed your way (I see you, East Coasters), staying in with your boo and binge watching TV shows — perhaps brushing up on Gilmore Girls before its rumored return? — is the thing to do. Plus, February has Valentine’s Day. What’s more romantic that dinner and a movie? Nothing. So check out all the new titles headed your way on Netflix next month.

ORIGINALS COMING TO NETFLIX IN FEBRUARY

First things first, Fuller House (2/26)  is FINALLY, FINALLY making its debut this month. We have awaited the Tanner family for months now and we’re in the home stretch. If you need a laugh, comedian Hannibal Burress’ standup special, Hannibal Buress: Comedy Camisado (2/5) is set to debut, as will comedy special Theo Von: No Offense (2/26). If you’re looking for even more comedy, check out Judd Apatow’s new show about romantic hits and misses titled simply Love (2/19).

If you’re feeling more in the mood for action films, check out the sequel to the original epic Crouching Tiger, Hidden Dragon: Sword of Destiny (2/26) releasing exclusively on Netflix. Another show to watch is Omnivore’s Dilemma author Michael Pollan’s new show on how food shapes our world, Cooked (2/19). And of course there are a few goodies in store for the kids, like season two of Care Bear & Cousins (2/5) and season three of Turbo: F.A.S.T. (2/5).

MOVIES COMING TO NETFLIX IN FEBRUARY

Since February is the perfect month for love and all those feelings, you’ll be ecstatic to hear Keira Knightley + James McAvoy’s romance/drama Atonement (2/16). Love is in the stars with Stardust (2/1), the celestial flick starring Claire Danes and Charlie Cox, and the black comedy I Love You Phillip Morris (2/3). For those feeling some ’90s nostalgia, check out Reese Witherspoon, Ryan Phillippe and Sarah Michelle Gellar in Cruel Intentions (2/1).

For the little ones, get them excited about season one of animated fairy tale series Masha’s Tales (2/1) and Pokemon: XY (2/1).

Are there any titles you’re particularly excited about? Tweet us @BritandCo!