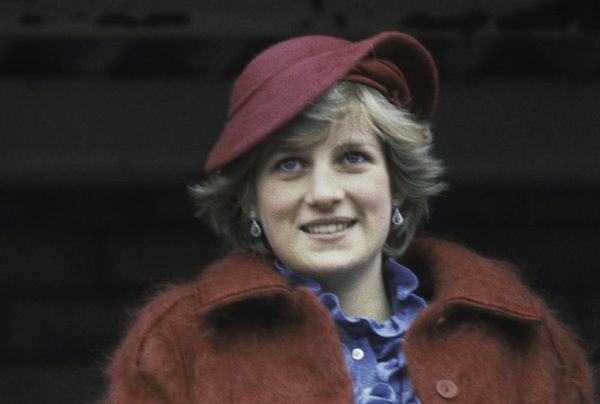 Fans are still eagerly awaiting season 3 of The Crown, but in the meantime, we already have an exciting update about season 4. Emma Corrin has just joined the cast as none other than Lady Diana Spencer, AKA Princess Diana.

Corrin, known for her guest role as Esther Carter on the ITV/PBS series Grantchester, will play Lady Diana before she married Prince Charles in 1981 and became Princess Diana, loved by people around the world. She’ll make her first appearance in season 4, not season 3, as previously reported.

In a statement released by Netflix, Corrin said she’s “beyond excited and honored to be joining The Crown for its fourth season.” She added that she’s been a fan of the show since it premiered in 2016, with Claire Foy as a young Queen Elizabeth II.

“I have been glued to the show since the first episode and to think I’m now joining this incredibly talented acting family is just surreal,” Corrin gushed in a press release. “Princess Diana was an icon, and her effect on the world remains profound and inspiring. To be given the chance to explore her through Peter Morgan’s writing is the most exceptional opportunity, and I will strive to do her justice!”

Morgan also spoke about the casting news and praised Corrin as “a brilliant talent who immediately captivated us when she came in for the part of Diana Spencer. As well as having the innocence and beauty of a young Diana, she also has, in abundance, the range and complexity to portray an extraordinary woman who went from anonymous teenager to becoming the most iconic woman of her generation.”

Corrin will appear alongside fellow series newcomer Gillian Anderson, who was reportedly cast as Margaret Thatcher in January, as well as Olivia Colman, Tobias Menzies, and Helena Bonham Carter, who are set to make their debuts as Queen Elizabeth II, Prince Philip, and Princess Margaret, respectively, in season 3.

Season 3 of The Crown is expected to premiere later this year.

RELATED: 10 Netflix Originals That Will Take You Back in Time

Desiree O
Desirée O is a ‘Professional Bohemian’ who loves anything and everything related to the arts, entertainment, and pop culture. She ADORES being a ‘Newsy’ for Brit + Co, covering all of the latest tidbits of awesomeness that you want to read about. When she’s not writing, she’s either making messy art, going on long adventurous walks with her camera, or poking around over at bohemianizm (http://www.bohemianizm.com/). You can find out about Desirée O and her work at http://DesireeO.com/ or follow her on Twitter @DesireeO.
Celebrity
Streaming
Celebrity Netflix Streaming TV