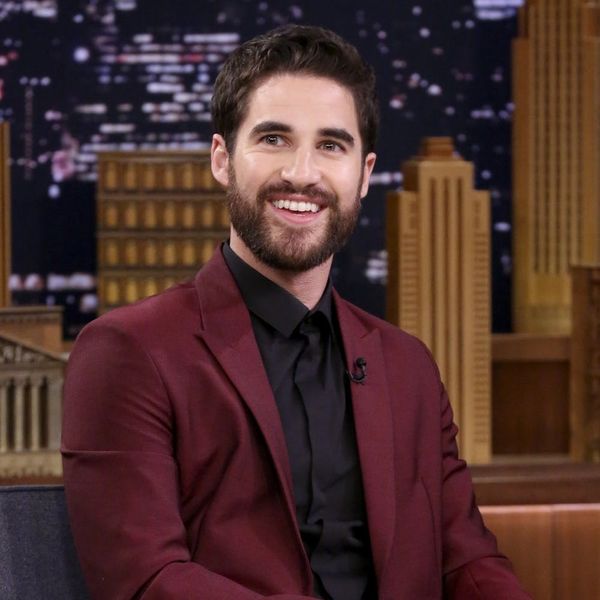 Darren Criss is probably best known for the role of Blaine Anderson on the now-defunct Fox show Glee, or for his current role as serial killer Andrew Cunanan onAmerican Crime Story: The Assassination of Gianni Versace. But he’s had a lot of practice acting off-screen, too — like when he spent four years pretending to be a Brit.

During an appearance on The Tonight Show this week, Criss admitted to host Jimmy Fallon that a one-time plan to get floor seats at a concert led to a four-year lie that required him to adopt a British accent.

While attending a Phantom Planet concert in the early aughts, the then-16-year-old Criss used a fake accent to switch his balcony seats for floor seats, telling the woman checking tickets that he and his friends were only in San Francisco for one night and that the band was a favorite. The ticket taker relented, but Criss’ little lie turned into a nearly half-decade debacle.

“The next day, I’m at a record shop, and I hear, ‘Darren?’ and I turn around, and I see this woman, and I’m supposed to be gone,” Criss told Fallon. “I could have done the right thing and gone, ‘I totally played you,’ but I decided to go, ‘Oh, hi, all right, are you good?'”

Turns out, the woman lived near Criss in San Fran, so he had to keep up the fake accent whenever they ran into each other for the next four years, until he finally decided enough was enough. “I finally found her on a bus, and I stayed on the bus, then got off at her stop, totally out of my way, just to stop and be like, ‘Look, I’m totally an asshat, I have been totally giving you this fake accent,'” Criss recalled of his encounter with the woman.

She took the news pretty well. “I’m not even mad,” the woman replied. “It’s just the dumbest thing!”

Have you ever used a fake accent? Tell us @BritandCo!