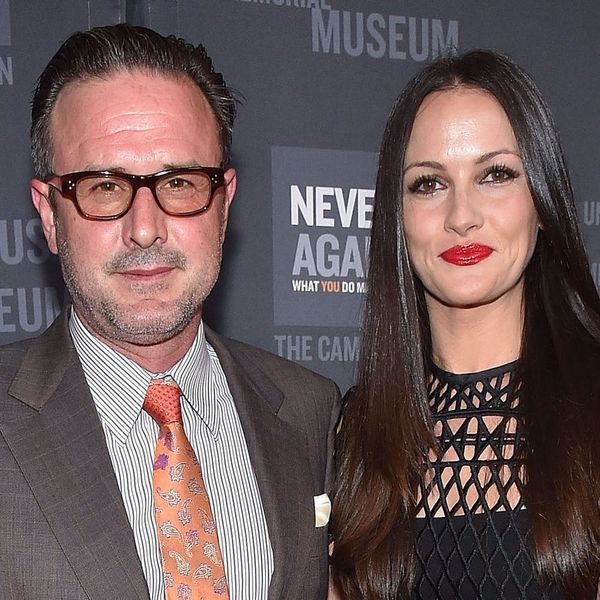 It was on September 11 of last year that the Arquette family lost one of its most renowned members, when Alexis Arquette passed away of a heart attack. Brother David Arquette took to social media back then with a sweet post to honor his big sis, saying, “My hero for eternity.”

Now, the Scream actor is honoring her memory in yet another way, as he’s welcomed a new son into the world and named him in part after Alexis. Posting the first shot of his second child with wife Christina (Arquette and Christina also have a son, Charlie, in addition to Arquette’s daughter Coco with ex-wife Courteney Cox), Arquette gave us a glimpse of the little boy they’ve named Augustus Alexis Arquette.

“Augustus Alexis Arquette!” the youngest member of the Arquette clan wrote of his newborn. “His first thoughts were, ‘Whatchu lookin’ at?’” Oh. Em. Gee, that FACE!

Christina also took to the ‘gram to showcase her new babe, posting this sweet black and white shot of his clenched little fist.

A post shared by Christina McLarty Arquette (@christinaarquette) on Mar 9, 2017 at 8:43am PST

It’s a move that comes just several weeks after Alexis was snubbed by the Oscars, which failed to include the actress in its “In Memoriam” segment. We for one, think this is one tribute not much could ever top.

What do you think of David and Christina’s sweet tribute? Share with us @BritandCo.

Nicole Briese
Nicole is the weekend editor for Brit + Co who loves bringing you all the latest buzz. When she's not busy typing away into the wee hours, you can usually find her canoodling with her fur babies, rooting around in a bookstore, or rocking out at a concert of some sort (Guns N' Roses forever!). Check out all her latest musings and past work at nicolebjean.com.
Celebrity Baby
Current Events
Celebrity Baby Celebrity Baby Names Family