6 Epic Disney Announcements Your Inner Kid Will Freak Over 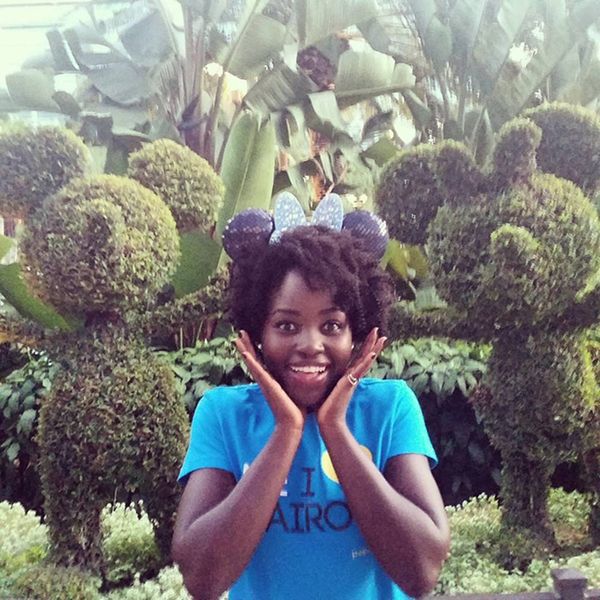 It’s Monday and we have a confession… we wish we were at Disneyland. If teleportation was a thing and we didn’t have all of these “responsibilities” we’d be there eating a Dole whip faster than you could say “bibbity bobbity boo.” We keep our love alive by eating Dland inspired treats and having fairy tale weddings but like our girl Ariel once said “I WANT MOOOOOOOOORE!”

D23 is a huge convention where Disney head honchos (and stars, like our girl Lupita) get together and talk about new developments coming up. It’s usually super star studded and full of sweet reveals like movie trailers and theme park lay outs and this year’s big announcements will have you more excited than The Lion King prequel did.

1. Your Boyfriend’s Back: Orlando Bloom visited the expo to reveal that he will be reprising his role as Will Turner in the new Pirates of the Caribbean movie. The movie is called Dead Men Tell No Tales and will come out July 7, 2017. Johnny Depp will also be returning.

2. Avatar Is Getting Its Own Park: It may have been a while since you’ve thought of Avatar, but it’s back. In park form this time. Disney’s Animal Kingdom in Florida will soon be home to an Avatar-themed land which will feature longer hours and late night entertainment. We’re sure it will look totally cool but if Disney’s gonna make any more James Cameron movies into theme parks, we hope the next includes a ride that involves Jack Dawson painting us.

3. Star Wars Is Taking Over: If you were excited about CoverGirl’s new Star Wars line you’ll be super stoked for the amount of Star Wars Disney is incorporating in the years to come. In 2016, both Disneyland and Disney World will be having a special event called Season of the Force. During this time, certain attractions will be modified to fit the Star Wars theme. Probably the coolest of these is a re-imagining of Space Mountain called Hyper Space Mountain which will let you fight X-wings.

4. Toy Story World(!): In the words of the homeboy Woody: “THIS IS A PERFECT TIME TO PANIC”! We’re way too excited that Disney’s Hollywood Studios in Florida announced plans to build a Toy Story-themed world. The world will be laid out like Andy’s back yard and will feature fun rides and games (like Midway Mania, which we love from Disneyland).

5. Pete’s Dragon Is Back to Make You Cry: If you ever sobbed during the 1977 version of this film, grab the tissues. Disney is remaking it. According to this Los Angeles Times article, there won’t even be any singing in this version. NO CANDLE ON THE WATER????

On the brighter side, Disney also announced that there’s going to be a sequel to Tim Burton’s Alice in Wonderland that sounds really cool. That’s enough to console us… for now.

6. Updated ride to go around the world: Disney’s California Adventure’s best ride is easily Soarin Over California. If you’ve never been on it, it’s a ride where you go on a hand glider and swoop over some of Cali’s pretties places complete with smell-o-vision. Disney is juicing up this attraction soon by expanding the locations you soar over. This ride revamp will be called Soarin Over The World and will let you glide over some of the wonders from around the globe.

What Disney attraction would you like to see get a makeover? Tell us in the comments!

Molly Sanchez
Molly Sanchez is a writer, comedian and lover of burritos everywhere. She has written for The Bold Italic, Liquid Bread, Thrillist and HelloGiggles. She devotes her time to Bloody Mary research, exploring San Francisco and promoting wide spread shower beer awareness and appreciation. Find her on Twitter @seriousmolly trying to get famous people to laugh at her jokes or on Instagram @mollyfuckingsanchez where she swears a lot.
Disney
Home News
Disney
More From Home News