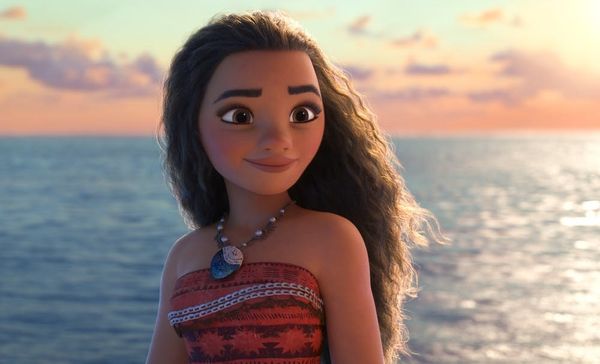 After almost two years after Disney first announced plans for a new streaming service, details on when it will be available, how much it will cost, and what content it will feature were finally revealed during a company event in Burbank, California, on Thursday, April 11. Here’s everything we know — so far — about Disney+.

It all starts on November 12. For more info: https://t.co/RD04P7jdAT #DisneyPlus pic.twitter.com/M1QI7qkH5p

When will Disney+ be available? The new streaming service will launch in the US on November 12, 2019, on connected TVs and mobile devices.

What will it look like? According to a sneak peek shared by Disney chairman and CEO Robert Iger, Disney+ will be an app that functions in much the same way as other major streaming services like Netflix or Hulu. The service is ad-free, and viewers will be able to download and stream content offline.

Thrilled to share a first look at Disney+ with you! pic.twitter.com/iiqjFjaNra

What can I watch on Disney+? The service will feature TV shows and movies from the company’s iconic brands, including, naturally, Disney, Pixar, Marvel, Star Wars, and National Geographic. Along with making a huge library of existing titles (including Captain Marvel) available upon launch, Disney+ promises to deliver 25 original series and 10 original films, documentaries, and specials within its first year.

What old favorites will I find there? Animated classics like Aladdin, Beauty and the Beast, Moana, and The Little Mermaid will be available when Disney+ launches, as will titles such as The Princess Bride, The Sound of Music, and more. Additionally, the entire Pixar library will be available within the first year. When it comes to binge re-watching your favorite shows, titles such as The Simpsons (all 30 seasons!), Malcolm in the Middle, and more will also be available, as will classic Disney Channel series like Lizzie McGuire, Kim Possible, That’s So Raven, and more.

Will Disney make new movies and TV shows for the service? Absolutely. There are already plans for live-action movie versions of Lady and the Tramp (starring Tessa Thompson and Justin Theroux), Sword and the Stone, and 3 Men and a Baby — plus, new TV shows based on Toy Story 4, Monsters Inc., and High School Musical.

What about Star Wars stuff? Many of the new TV shows and films will be based on Disney’s beloved brands. This includes an eight-episode Star Wars series called The Mandalorian, which will be the famous franchise’s first live-action TV show, and a future series about Diego Luna’s Rogue One character, Cassian Andor.

What about Marvel? With the launch of Disney+, Marvel properties will no longer be available on other streaming services, but existing titles and new series like WandaVision, starring Elizabeth Olsen and Paul Bettany, and shows about Loki with Tom Hiddleston and Hawkeye with Jeremy Renner will eventually stream on the new platform. Several more Marvel series are also planned.

Is that it? Not even close! Disney+ recently revealed that the classic movie The Sandlot and the hit rom-com Love, Simon would be adapted into new series. Additionally, Jeff Goldblum will be hosting a National Geographic docuseries, and Kristen Bell will headline Encore!, a musical reality series. A Marvel reality competition show is also planned, as is a cooking competition show with The Office‘s Angela Kinsey.

RELATED: 16 New Things to Experience at Disney Parks in 2019