Wait… What?! Your Name Could Determine Your Profession 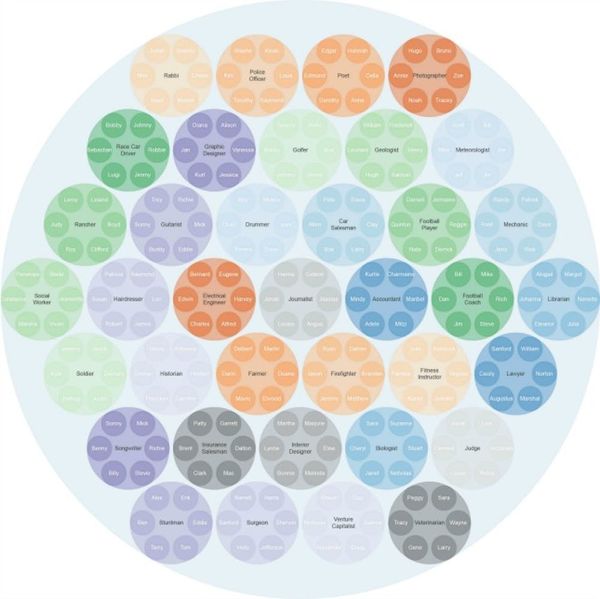 Is your name Hannah, Emma or Joanna? Then, FYI: You’re (respectively) more likely to become a poet, a historian or a venture capitalist. At least, that’s according to this blog post over at Verdant Labs, which claims that there’s a correlation between your given name and your profession.

Of course, if you took Psychology 101, you know that doesn’t necessarily prove cause. Though there might be a higher correlation of people named Casey and Vincent becoming plumbers, while Jules and August’s have higher instances of playwrights, there’s nothing out there that proves being named Vincent will lead you to become a plumber. At least not that we know of.

So where did these connections come from? Verdant Labs examined public records to find out what jobs certain common names were most popular in. For example, the name Elvis, as you might expect, isn’t that popular. But among the Elvises of the world, there is an extremely high proportion of musicians. To be honest, are you really all that surprised?

Check out the full graph in all its name-boggling glory over at the Verdant Labs site. Then tell us, does your name match onto your job? What do you think about this graph? Let’s chat about it in the comments below!

Nora Landis-Shack
Nora is a writer, photographer, foodie and feminist. After living in New York City for 23 years, she recently moved San Francisco and can't wait to explore. When she's not pursuing her interests in health and technology, she loves hiking, yoga, playing piano and squealing over kittens as an ASPCA volunteer.
Infographic
Baby Names
Infographic