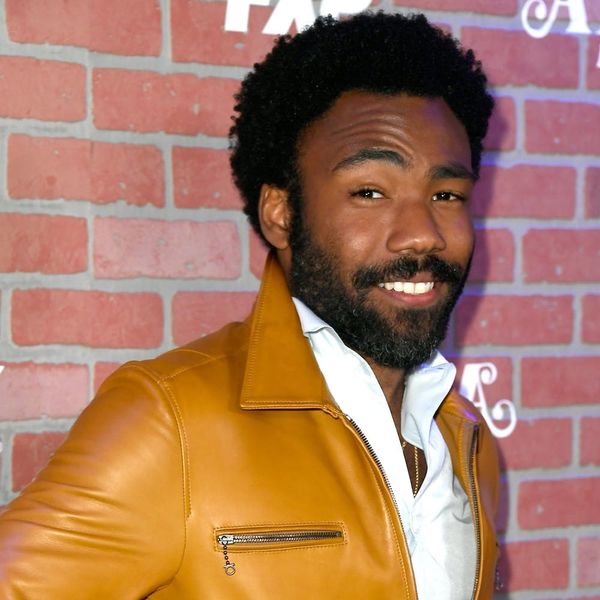 An Atlanta-area Girl Scout named Charity Joy Harrison went viral this week when her dad uploaded a video of her selling her Girl Scout cookies by singing along to actor/rapper Donald Glover’s hit song “Redbone.” The clip made its way to Glover (who performs his music under the name Childish Gambino), which led to him purchasing more than 100 boxes of cookies from the little girl.

Harrison’s dad, Seymore Harrison Jr., told ABC News he had very little to do with his daughter’s rendition. “She did this, I just wanted to be supportive. It was just a song that we both like and she decided to put cookies in the song,” he said, adding, “We are so surprised. We had no idea it would go that far.”

It went even farther on The Late Show With Stephen Colbert, where Glover had a face-to-face meeting with six-year-old Harrison, who was 113 boxes shy of her goal of selling 2,500 boxes of cookies in 2018.

“Childish Gambino’s for the children, man,” Glover joked. (His name was taken from a Wu Tang Clan name generator, and Wu Tang fans often say, “Wu Tang is for the children.”) He added: “It’s beautiful, but it’s also crazy to me. I never was like, I’ll make this and then one day a girl will sell Girl Scout cookies to it… It’s pretty great. I was touched.”

That’s when Colbert surprised the star with Harrison and her father. It turned out that Harrison was 113 boxes shy of her goal, so Glover said, “I’ll take ’em all.” Of course, Glover picked the best flavor — Thin Mints (fight us).

Children involved with scouting see positive outcomes throughout their lives, with the program teaching them self sufficiency, leadership, self respect, and community service. The sales of Girl Scout cookies help fund the programming that helps the girls involved in scouts get top-notch skills and service training.