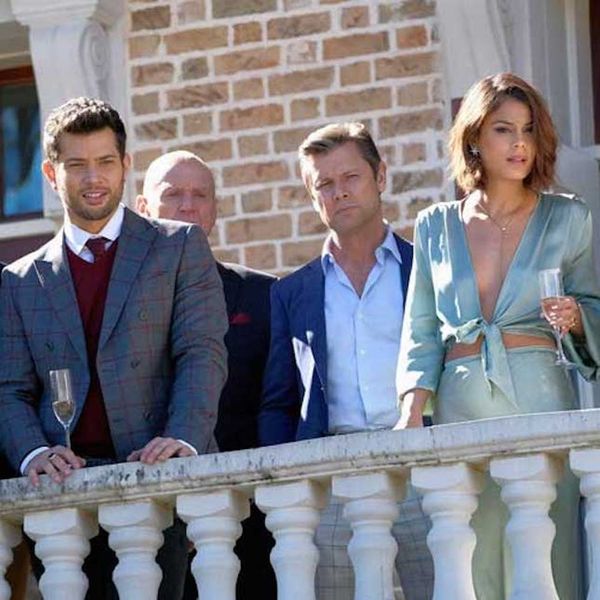 Alexis (Nicollette Sheridan) may have officially arrived last week, but this week’s episode, titled “Enter Alexis,” was the first big introduction to the so-far absent Carrington matriarch. And the Dynasty writers outdid themselves — it was everything I hoped it would be and more.

It seems Alexis has swept into town to “pay her respects” to the late Thomas Carrington, her former father-in-law, who she claims was like a father to her. But when the will is read, it turns out that Alexis stands to inherit Carrington Estate — all 300-plus acres of it, including the mansion where the family lives.

She tries to ingratiate herself to her children, but Fallon (Elizabeth Gillies) is having none of it. There are some serious abandonment issues going on with Fallon, even after she learns that her father bribed a judge to gain custody of her and Steven (James Mackay) and paid Alexis to go away.

Fallon decides to do some digging on her mother to figure out why exactly she’s suddenly back in their lives — and predictably, it all comes back to money. Alexis is broke. She hasn’t been gold-digging her way across Europe, at least not for a while. She’s actually been living in an Airstream outside Atlanta for months and has even been in contact with Steven.

When Fallon learns all of this, she storms home, slaps her brother, and then proceeds to rail on her mother, ripping out her extensions before they both go tumbling into the pool. It’s not quite the epic lily pond fight between Krystle (Linda Evans) and Alexis (Joan Collins) in the original Dynasty, but it’s darn close.

There’s one thing this fight has that the old one didn’t, though. After Fallon climbs out of the pool, she decides to shoot up the mansion with the gun her mom gave her for her 16th birthday. Yes, really. That’s a thing that happens and it’s my favorite TV moment of 2018 so far. Gillies really sells the material she is given on this show.

While all this insanity is happening, Michael (Robert Christopher Riley) gets word that his father has been hospitalized, and he immediately tenders his resignation, leaving Alexis free to move into the stable loft apartment. It seems she retains ownership of the stables, so mommy dearest isn’t going anywhere anytime soon. But hopefully, Michael isn’t going anywhere either. It would be a huge shame if they just dispense with his character like that.

But back to Hurricane Alexis. She doesn’t seem to be buying Liam (Adam Huber) and Fallon’s marriage, though she pretends to fall for his big romantic story about his grandparents. But since the episode ends with Alexis promising to “smother” Fallon with love, I would wager she’s going to get to the bottom of Liam/Chad and what he’s really up to regarding her daughter.

Sheridan was an excellent casting choice — she’s absolutely the perfect combination of sexy, slimy, and duplicitous, plus she has great chemistry with Grant Show. I look forward to watching the love triangle between Cristal (Nathalie Kelley), Alexis, and Blake continue to cause problems in the Carrington household. Speaking of Kelley, her reaction shots were on point this episode. Cristal is actually rolling with the punches in regards to Alexis fairly well, all things considered, but her side-eye around the mansion and gleeful smiles during the pool fight were excellent.