‘Dynasty’ Recap: Fallon Is in Some Serious Trouble 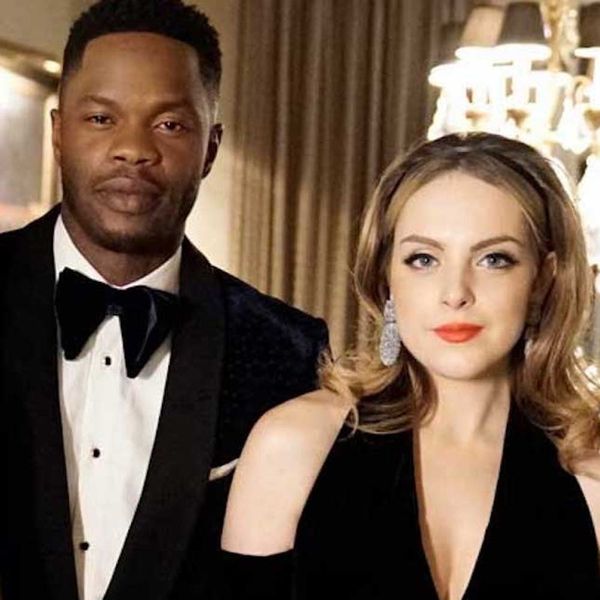 On the latest Dynasty episode, “Promises You Can’t Keep,” Cristal puts on her big girl pants to throw around some Blake-level threats, while the show sets up an excellent reason for Alexis to come back to town. Meanwhile, Fallon is trying to distance herself from Jeff while simultaneously keeping their company afloat and also getting back into Monica’s good graces. It’s a pretty solid episode, considering the excellent one it had to follow, so let’s get right to it.

While Cristal has been a surprisingly good character so far on the show, she really steps up her game this episode. Her old friend Rick Morales comes back into the picture to give her a heads up about a story he’s breaking. Apparently, Senator Daniels, whose reelection campaign Blake is supporting, used to take bribes when he was a judge — and Blake is one of the people who bribed him, which is a felony.

When Cristal confronts Blake about it, he has a very good explanation (which is probably true because it sets up Alexis’ return). He tells Cristal that when he and Alexis split, he bribed Daniels to get custody of the kids. The kids thought she abandoned them, but really he paid a judge to declare her unfit for custody. Ruh-roh.

Cristal tells Rick about this and asks him to kill the story. Then when he refuses, she rather awesomely threatens to have his career killed by his boss, Bob Channing, who is a friend of Blake’s. Look, I don’t like powerful people bullying reporters — that’s terrible — but this is a soap opera, and it’s fun to watch Cristal throw her weight around like the secret boss bitch that she is.

But Cristal later finds out from Daniels’ wife that Daniels is anti-immigration and that Blake’s bribery happened far more than just once. She protects Blake from scandal but can’t let Daniels return to the senate, so she gets her friend to run a story instead about all of Daniels’ affairs. He abandons his campaign to “spend time with his family.” *snort*

While all of this is happening, Fallon and Jeff are trying to re-up a lease where they have one-third of their turbines, but landowner Tim Meyers is asking for way more than he should get. It comes down to a poker game at casino night, where, if Fallon wins, she gets her lease, and if Meyers wins, he gets Fallon. (Note: The actor playing Meyers, Steven Culp, is 40 years older than Elizabeth Gillies. FORTY. He’s seven years older than the man playing her father. Congrats on being really gross, show. The goal was obviously to make Meyers a super creep, and you succeeded.)

Rather awesomely, Monica does Fallon a huge solid by tipping her off to the cards Meyers is holding, so she goes for it. Now, it’s still a huge gamble because he’s got a pair of kings and she’s waiting for a straight/flush draw, but at least she goes in eyes open. Then, in a neat twist, Fallon doesn’t make her straight flush (or even one or the other). But she bluffs so big she gets Tim to fold, which means they get their lease at the price they quoted. It’s a baller move, and now Fallon and Monica are copacetic again.

Except… Monica is far more devious than anybody knew. She pretends to be against Jeff for show, but in reality, she’s livid that the Carringtons are the reason they grew up without a father, and she wants her pound of flesh. Fallon better watch her back. Jeff is one thing, but Monica is a different story.

I can’t decide if I loved Cristal’s pink suit with matching frilly blouse, or if I hated it. It’s certainly interesting. But what I 100 percent did love was that white dress she wore to the casino night fundraiser. Wowza.

Monica: “You miss one-sided friendships where you can download all of your crap and not have to show any empathy.”

Tim: “Out of curiosity, what did you have?”

Fallon: “More balls than you, Tim. That’s why I always win.”

Sam: “We’re gonna have to start locking the doors.”

Fallon: “Oh, yeah! Someone might want to steal your particle board shelving.”