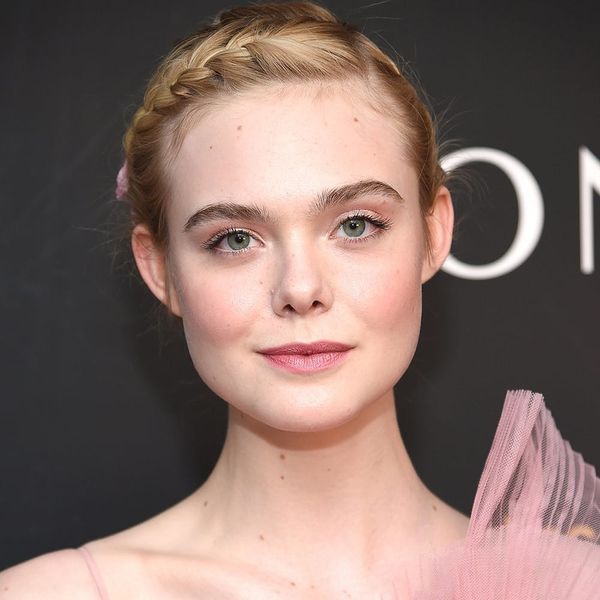 Back in early 2015, rainbow hair was having a MOMENT. Everyone from Hilary Duff to Kelly Ripa was rocking bright, bold hues. But as the winter rolled around those ultra saturated tresses transformed into darker, more natural styles. We thought it was the end of the Manic Panic revival, but we were wrong. In the days leading up to summer celebs like Bella Hadid and Ashley Tisdale have opted to take the color plunge. And now it looks as though the coolest of cool teens, Elle Fanning has hopped on board the rainbow hair train.

Elle took to Instagram later yesterday to share that her beachy blonde locks were now painted a bubblegum shade of pink – or as Elle called it “dusty rose.” It’s definitely bold, but somehow manages to be super soft and elegant at the same time. Is there anything this 18-year-old can’t pull off flawlessly? So far, that’s a hard no from us.

Cortney Clift
Cortney is the senior writer and special projects editor at Brit + Co. She typically covers topics related to women's issues, politics, and lifestyle. When she's not buried behind her computer you'll find her exploring New York City or planning her next big adventure.
Beauty News
More From Beauty News