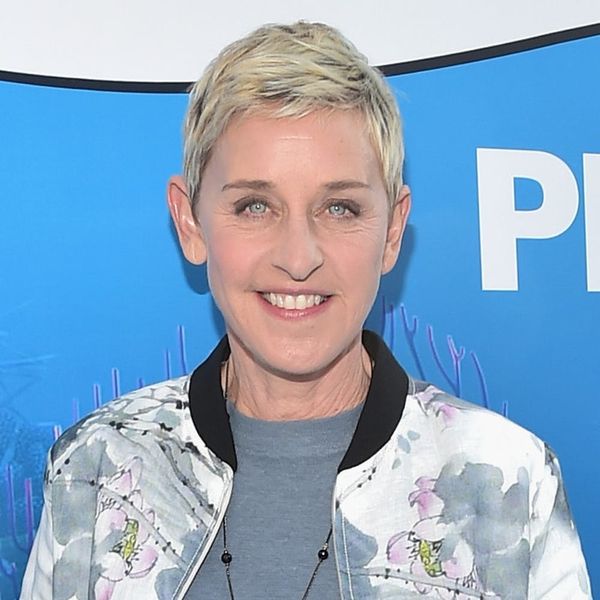 Ellen DeGeneres was moved to tears by wife Portia de Rossi’s birthday gift on Thursday (and TBH, so were we), and on Friday, the beloved host paid it forward by giving her audience a whopping $1 million, in a gesture that brought plenty of them to tears, too.

During Friday’s episode of The Ellen DeGeneres Show, the host reminded viewers that she’s been partnering with Cheerios all season long to encourage one million acts of goodwill. Since they met that goal, she decided to fill her audience with some of the amazing individuals responsible for the heartwarming feat.

She began by introducing a few of the people she wanted to recognize, including Kenya and John Hughes, who used their own money to drive a U-Haul 800 miles and deliver supplies to those affected by Hurricane Harvey. DeGeneres also praised teacher Lori Gaines, who donated her kidney to the mother of one of her students just three weeks ago, and Dan McKernan, who quit his job to open a sanctuary for farm animals.

To thank them, and everyone else in her audience, DeGeneres said she wanted to share something with them that was bigger than anything she’s ever shared before. She then presented a giant Cheerios box with her face on it, and explained that whoever found a matching (smaller) box under their seat would get a special surprise.

The twist was that every single person had a matching box of Cheerios. After dismissing this as a lucky coincidence, she revealed the real prize.

“It’s the biggest gift I’ve ever given anybody ever. And I hope you continue to pay it forward and share all the good,” she said. “Hold onto your Cheerios because all of you are splitting one million dollars!” The crowd reacted immediately with lots of cheers — and plenty of tears, too.

See the clip of the amazing moment below.