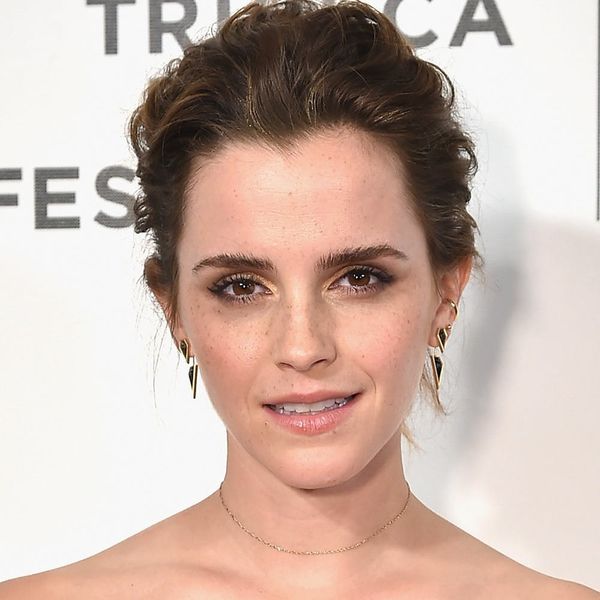 Barring curses, evil step-parents or sisters, and jealous witches out for your blood, you might think that fairy-tale princesses have it pretty easy: What’s so hard about living in a castle and being adored by handsome princes (not to mention entire kingdoms), right? As it turns out, plenty: Take it from Emma Watson, who recently morphed into a RL Disney princess for her role in Beauty and the Beast.

According to the former Harry Potter star (who recently reunited with a member of the franchise’s cast), it takes a heck of lot more than a yellow ball gown to transform oneself into the real deal. The now 28-year-old recently appeared on The Tonight Show Starring Jimmy Fallon, where she revealed just how much prep it took to become Belle.

“I did princess boot camp for three months,” she said. Say what!? We didn’t even know such a thing existed — though perhaps it was created just for her, as we couldn’t find such a place for adults stateside. As she revealed to Fallon, the process involved such activities as riding horses (all the better to take the reigns with Phillippe), learning to waltz (how else to pull off that visually stunning dance to “Beauty and the Beast?”), and singing lessons that spoke for themselves.

Considering that Watson recently revealed to Access Hollywood that she’d be keen to do a sequel (eee!), perhaps we’ll see her put even more of those skills to good use for Beauty and the Beast Part Deux?

Catch the full interview below:

Are you surprised by Emma’s revelation? Tell us over @BritandCo.

Nicole Briese
Nicole is the weekend editor for Brit + Co who loves bringing you all the latest buzz. When she's not busy typing away into the wee hours, you can usually find her canoodling with her fur babies, rooting around in a bookstore, or rocking out at a concert of some sort (Guns N' Roses forever!). Check out all her latest musings and past work at nicolebjean.com.
Disney
Celebrity News
Disney