Here’s Why You Shouldn’t Sweat the Tough Parenting Moments 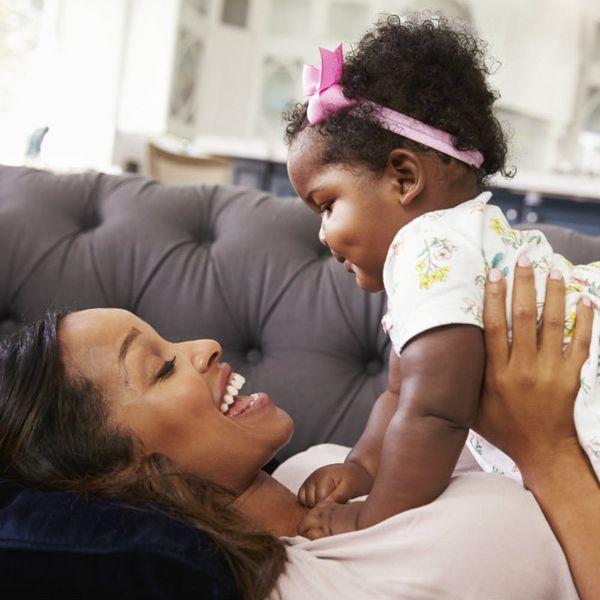 If you have to deal with another night of your newborn screaming, you’re going to run far, far away. Don’t freak out now, mama. Parenting is a cycle. It will get better, then worse, then better again, and, well, you get the point. It’s ridiculously rad one day and ridiculously bad the next. You’re totally excited to watch your child grow up and out of the terrible twos. But just because your toddler finally makes it out of her tantrum phase doesn’t mean it’s all unicorns and rainbows from here on out. There will be plenty of bumps along the way, but that’s all part of being a parent and raising a great kid. Read on for why you should enjoy every stage of your kid’s life and stop daydreaming about how much easier parenting will be when she’s older. (Spoiler alert: It doesn’t get easier.)

1. Tantrums happen at every age. Just wait. Your three-year-old’s sassiness is sweet in comparison to what you’re going to get in a decade. Now, there are no eye rolls or door slamming, and you definitely don’t have to sit by the front door, anxiously waiting for your kid to get home from a date with a sketchy guy. Go ahead and cuddle that preschooler of yours. Her tantrums really aren’t that bad.

2. Your baby will always be your baby. Aw, your cuddly little love is snuggled up in her swaddling blanket. She’s so small, and you feel so protective of her. That feeling doesn’t go away. You’ll go from checking her breathing 3,000 times a night to chasing her around the playground just to make sure she doesn’t trip over her shoelaces. Babying your baby doesn’t stop as she gets older. Whether you’re drying her tears after her first beau breaks her heart or visiting her at college, she’ll always be your baby!

3. You’ll eventually get the hang of it. Let’s face it: The whole parenting thing is kind of a mystery in the beginning. Something as simple as changing a diaper requires an instructional manual. As your child gets older and goes through new stages of life, you’re suddenly thrown into new struggles, new joys, and new mysteries. Here’s the thing: You’ll totally get better at parenting. Even though there are plenty of new parenting issues you’ll have to tackle, you’ll eventually stop referring to yourself as a “new mommy” and start realizing that you’ve got it under control.

4. It’s a marathon, not a sprint. Rushing from one stage to another isn’t going to make your life any easier. Obviously, it’s tempting to skim over the not-so-great parts of parenting. Really, no mom wants to have sleepless nights or deal with toddler tantrums. But that doesn’t mean you need to push your child to grow up quickly. Sure, she’s having tantrums on the daily now, but that won’t last forever. So, unless there’s a problem that a pro has diagnosed, consider this time period as just one hurdle in the marathon that is parenting. Unless you have a little prodigy on your hands, your child — whether she’s five or 15 — is still a long ways away from being an adult. Enjoy the ride!

From Your Site Articles
Erica Loop
Erica Loop is a freelance writer living in Pittsburgh. When she's not busy creating kids' activities for her blog Mini Monets and Mommies, you can find her trying to hang out with her teenage son, being chased by her two Olde Boston Bulldogs or teaching a children's karate class (she's a third degree black belt!).
New Moms
Parenting
New Moms New Parents