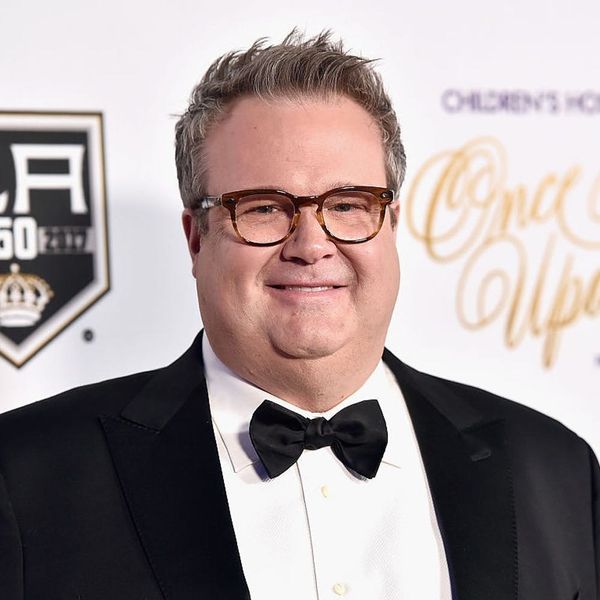 On the road to fame, many celebrities had odd or surprising jobs. (Jennifer Aniston was a telemarketer, while Chris Pratt sold coupons.) Over the weekend, Eric Stonestreet shared a #TBT to Instagram of one of his past gigs — as a security guard for country singer Garth Brooks more than two decades ago.

To celebrate the memory of the fun 1995 night, Stonestreet posted a couple of photos from back in the day, as well as a few present-day pics and two videos of himself at Brooks’ recent concert in LA. (Talk about full circle.) In one of the old snapshots, Brooks leans over the edge of the stage to greet fans, as Stonestreet stands with his back to the star, providing a barrier between the crowd and the performer. Brooks signed the photos, “Eric, Love you pal,” and, “Here’s to circles.”

“In 1995 I worked security for A (ONE) Garth Brooks concert in Manhattan Ks. Last night I finally got to say you’re welcome for keeping him safe that night and basically giving him the wonderful career he’s had thus far,” Stonestreet quipped in his caption. “Thank you Garth for the amazing night I had with my #crew slash #squad❤️#circles”

In 1995 I worked security for A (ONE) Garth Brooks concert in Manhattan Ks. Last night I finally got to say you're welcome for keeping him safe that night and basically giving him the wonderful career he's had thus far. Thank you Garth for the amazing night I had with my #crew slash #squad ❤️#circles

Stonestreet is clearly a fan of the singer. In one of the videos from this past weekend, the Modern Family star joyfully shouts as Brooks performs. He also hung out with Brooks backstage, as evidenced by a photo of the pair together.