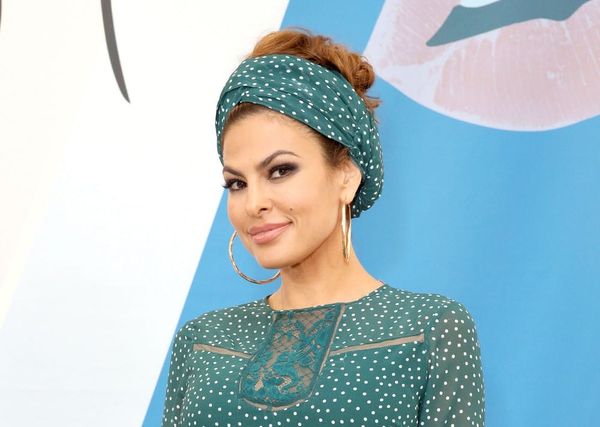 “It was the furthest thing from my mind,” Mendes told Women’s Health about how she felt for most of her life about having children. Then she met the First Man actor. “Ryan Gosling happened,” she said. “I mean, falling in love with him. Then it made sense for me to have… not kids, but his kids. It was very specific to him.”

Mendes and Gosling first met when they costarred in the film The Place Beyond the Pines in 2012. They’ve since welcomed two daughters, Esmeralda, age 4, and Amada, age 2.

Mendes stepped back from acting after Esmeralda was born, and although she still works — she has a design partnership with New York & Company — she tries to leave her professional life at the door when she comes home. “What I try to emphasize is that I don’t let them see me put attention to how I dress. They’ve never seen me get ready for something; they’ve never seen me at work,” she told Women’s Health. “Which is fine, for whoever wants to do it that way, but the way I keep it normal is by not letting them see me in these situations. I’m just Mom. And I’m more than happy to just be Mom.”

Mendes and Gosling are very protective of their personal life (they rarely appear on red carpets together and managed to keep the birth of their first daughter out of headlines for weeks), but they do occasionally share sweet details of their lives together. During his 2017 Golden Globes acceptance speech, Gosling shouted out his love for her devotion to him and their family, and dedicated the award to Mendes’ brother, Juan Carlos Mendez, who had recently passed away from cancer.

Most recently, Gosling shared a rare anecdote about his children with Jimmy Kimmel, saying that, after a visit to the set of First Man, Esmerelda thought her dad worked on the moon.

RELATED: A Look Back at Ryan Gosling’s Epic Hollywood Transformation