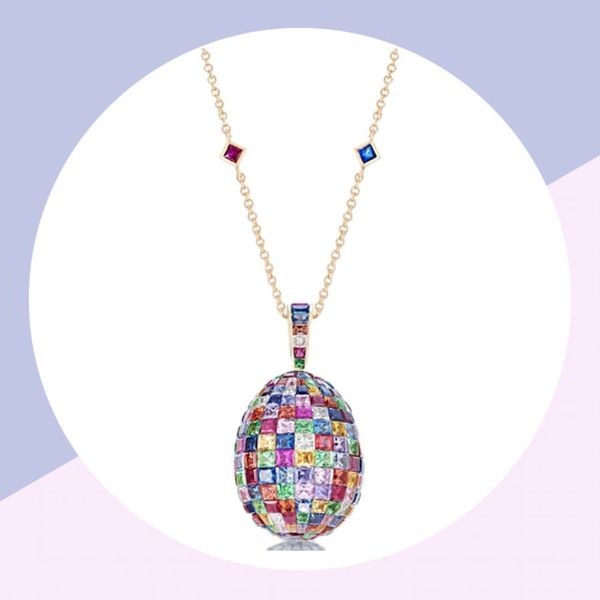 In case you have money to spare after gifting your loved ones with Prada’s $185 paper clip or Balenciaga’s $2,145 Ikea bag lookalike this holiday season, boy, do we have the item for you! Luxury jeweler Fabergé is paving the way in extra jewelry trends for 2018 with its one-of-a-kind egg pendants, and its latest rainbow-colored Mosaic Multi-Colored Pendant can now be yours for the low, low price of — wait for it — $45,000!

The piece is based on the Fabergé eggs that were originally created for Russian Imperials at the turn of the 19th century. While less expensive versions are available, they’ll still cost you upwards of nearly $3K for a simple ‘I Love You’ rose gold pendant ($2,800).

It can be worn as a traditional necklace, but Twitter user Phil Lester, for one, was far more captivated by a holiday ad the company ran showing it backward, so as to dangle ever so alluringly over the posterior side of your body — as was the rest of the world.

I’m going to ask Santa for a BACK EGG pic.twitter.com/dvij4kbPmU

“I’m going to ask Santa for a BACK EGG,” he wrote.

Twitter instantly flew into a frenzy, trolling the jewelry company to no end.

you better get a diy back shaver too pic.twitter.com/yxE1DKJvRg

THAT is what I've been looking for my WHOLE life.

Tweet us your reactions to the back egg @BritandCo!