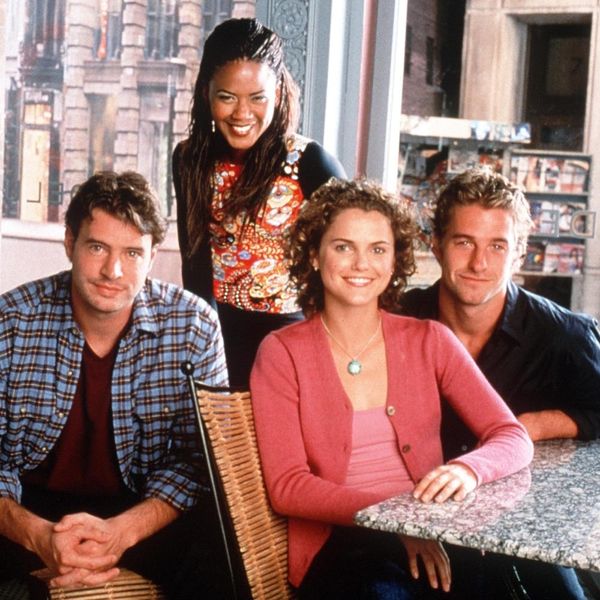 It’s been almost 20 years since the seminal coming-of-age drama Felicity premiered on the WB, and to mark the occasion, the cast convened onstage at the 2018 ATX Television Festival to talk about everything from the show’s divisive ending to star Keri Russell’s iconic hair — and whether they’d ever consider reviving the series.

As fans probably remember, the show actually ended twice. The 17th episode of season 4, “The Graduate,” was meant to be the series finale, but then the WB asked for five more after it had already been filmed. Instead of showing Felicity and her friends post-graduation, the writers decided to experiment with time travel and let Russell’s character redo her senior year.

Foreman was a fan of the format, saying it allowed Felicity to re-invent her own life, which is what the character had always done. “I thought it was a really fun thing because she was questioning if she made the right decision picking Ben — because Ben turned out to be kind of a turd — so she got to go back,” the actress said. “I thought it was great, really clever.”

Foley’s memory of those final episodes was a little fuzzier. One of the plot points in the alternate timeline involved Noel dying — which the actor apparently forgot. “Hold on. I died?!” he quipped.

Another polarizing part of the show was Felicity’s dramatic season 2 haircut. It turns out that Russell cropped her iconic curls thanks in large part to a joke she played on the show’s creators, J.J. Abrams and Matt Reeves. After she sent them a photo of herself in a wig she found on set one day, they asked her if she would actually do it. “I said, ‘I guess,'” Russell recalls.

Little did she know what an uproar it would cause. Despite the poor fan reception, though, she has zero regrets. “I loved it. I thought that was such a good story line,” she said. “Felicity was never a fashion plate anyway.”

So, would the Felicity crew ever consider a reboot? Russell has played coy on the topic before, and while Foley wasn’t initially in favor of the idea, he seemed to have a change of heart during the panel, saying he would love to work with everyone again. Speedman didn’t disagree. “There’s a way to make it work,” he said. We’ll be waiting, guys!

Would you watch a Felicity reboot? Let us know @BritandCo!