Keri Russell Plays Coy on the Possibility of a ‘Felicity’ Reboot 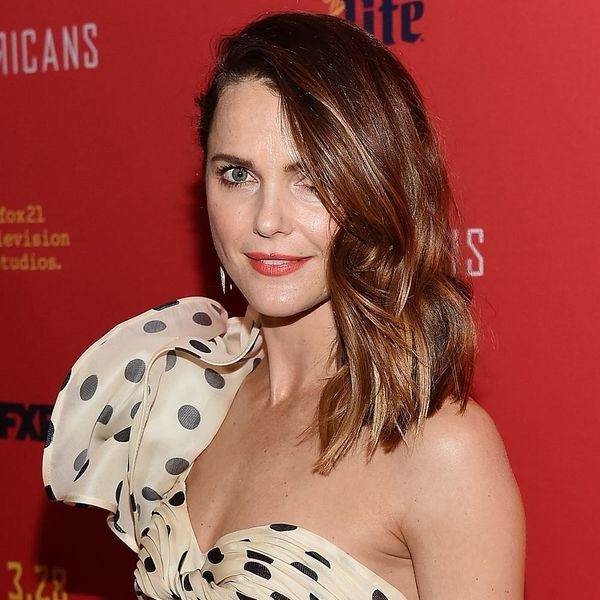 Could another nostalgic reboot be in the works? Just days after the announcement that the cast of Felicity would convene onstage at the 2018 ATX Television Festival this summer, the show’s star Keri Russell addressed the possibility of a revival of the show.

Russell, along with her Americans costar and off-screen partner Matthew Rhys, appeared on Watch What Happens Live with Andy Cohen, where a caller asked about the panel — and whether it signaled more to come. Before Russell could answer, Rhys jumped in with a little quip.

“Tell them about the feature film you’re not supposed to talk about,” he teased her. Was he joking? Or actually trying to prod his costar into a confession? (We’re betting on the former, but keep hope alive!)

“I can tell you that we’re going, and…that’s it,” Russell said, half-smirking at Rhys’ comment.

ATX, along with Entertainment Weekly and Hulu, announced the panel — featuring stars Keri Russell, Scott Speedman, Tangi Miller, Amanda Foreman, Amy Jo Johnson, Ian Gomez, and director/producer Lawrence Trilling — in celebration of the hit WB drama’s 20th anniversary. ATX is known for hosting cast reunions on the stages of its festival, and even precipitated the Gilmore Girls Netflix reboot after the show’s 15th anniversary reunion in 2015.

Reboots continue to be huge hits not only with viewers (ABC’s Roseanne redux has set ratings records in its first two weeks), but often, in the case of Roseanne, NBC’s Will & Grace, and Netflix’s Queer Eye, with critics, too. So far there’s no concrete evidence that new Felicity episodes could be on the way, but that doesn’t mean we’re not holding our breath anyway.

Would you watch a Felicity reboot? Let us know @BritandCo!