Your Essential List of Food Thickeners and How to Use Them 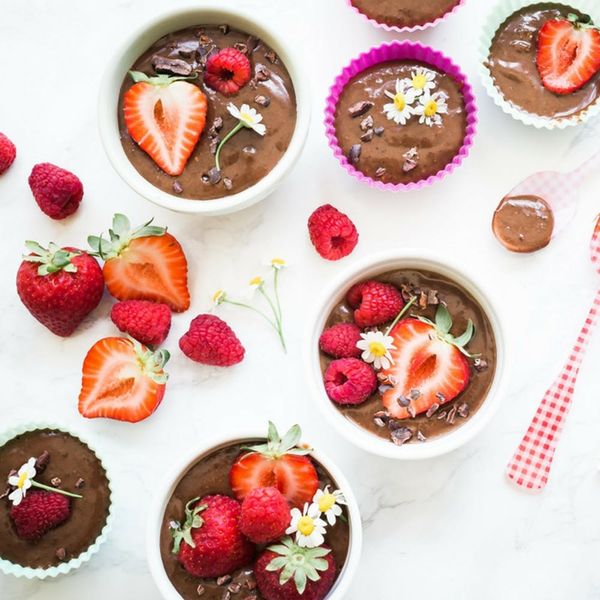 Food binders are there to add volume, flavor, texture, and firmness to your recipes, and yet, so often they seem to go wrong. Getting apple pies to set, hearty soups to thicken, and chia pudding to firm up can be a lot easier said than done. That’s because not all food binders are created alike; each type serves a different thickening purpose based on heat, taste, and texture.

The basic science behind it goes a little something like this: Heat causes starches to bond with water molecules and start swelling. After they reach the appropriate temperature, the rigid structure in the starch separates and creates a net of starch and water that stabilizes and thickens. Eggs too, although not a starch, function in a similar way. To understand where, when, and how to use common thickeners, let’s take a look at some of the more popular options.

Flour is a very stable thickener that doesn’t need high temperatures to thicken and can withstand prolonged cooking. However, you need a fair amount of flour to get the same rigidity that pure starch can give a dish — 1 1/2 times more, to be precise. The advantage of using flour as an all-purpose thickener is that you’re almost guaranteed to have it on hand if you find yourself in a pinch. Just make sure that you whisk it in order to prevent lumping. It’s best to reserve flour for roux, equal parts flour and fat cooked together to thicken sauces and soups. Also, note that pie fillings thickened with flour can have a distinct wheat flour taste and make the texture a bit gummy.

Cornstarch thickens more effectively than flour (you only need half the amount) but can lose its thickening power if it’s heated too long or is over-whisked once thickened. To help avoid this potential problem, blend cornstarch with water and pour it in at the last few minutes of cooking. This helps the cornstarch disperse more quickly and evenly. For a thinner sauce, use one tablespoon cornstarch for every one cup of liquid. For a gravy-like consistency, use two tablespoons cornstarch per cup of water.

Potato starch is arguably one of the greatest thickeners out there. Use it like cornstarch, but know that it has the toughest thickening power of all the common starches and can withstand high temperatures. Potato starch has a mild flavor and blends clearly and smoothly into most recipes.

Arrowroot can also be used in place of cornstarch. It’s an easily digestible, heavy-duty thickener with a neutral flavor and the ability to withstand prolonged cooking, like flour. This is a great thickener for sauces, puddings, and fillings where you want a translucent, glossy appearance.

Many recipes for baked goods call specifically for tapioca flour, because this binder provides a chewier texture and sweeter taste than others. This cassava-based flour thickens at a lower temperature than cornstarch and remains stable when frozen. Use two tablespoons of tapioca flour in place of one tablespoon cornstarch.

Eggs are a very common food binder in all kinds of dishes. As an animal product, eggs naturally coagulate, emulsify, and add a texture that manufactured thickeners just can’t replicate. For example, when beaten, eggs can be a volumizer as well as a binding agent in recipes such as soufflés and sponge cakes. For ice creams, dessert fillings, and custards, eggs lend a flavor in conjunction with their secondary effect of turning a liquid food into a semi-solid or solid.

Gelatin is a unique thickener in that it’s derived from animal collagen. As a protein-based binder, it thickens as it cools, as opposed to flour or cornstarch which thicken as they’re heated. When powdered, unflavored gelatin is tasteless, virtually colorless, and can be used in a variety of baked goods and dishes that need a firm set. It’s not advisable to substitute gelatin in recipes that call for starch-based thickeners, as the resulting texture will be far from what you expect.

If you need the power of gelatin but prefer to use plant-based ingredients, agar, a seaweed-derived thickener, is the answer. Like gelatin, agar has no taste, no odor, and no color. However, it sets more firmly than gelatin and stays firm even when the temperature heats up. Use it as a thickener for puddings, jelled desserts, fruit preserves, ice cream, and other sweets. Although it sounds like a perfect alternative to gelatin, it’s not an identical match. Whereas gelatin can give an almost creamy texture to dishes, agar will result in a firmer texture that can be unpleasant when unexpected. When using agar, remember that it first needs to be brought to a boil with a liquid and dissolved before being incorporated into a recipe.

Have you discovered any substitutes for these thickeners that you just can’t live without? Tweet them to us @BritandCo.