Kick Your Soda Habit With This Surprising Drink 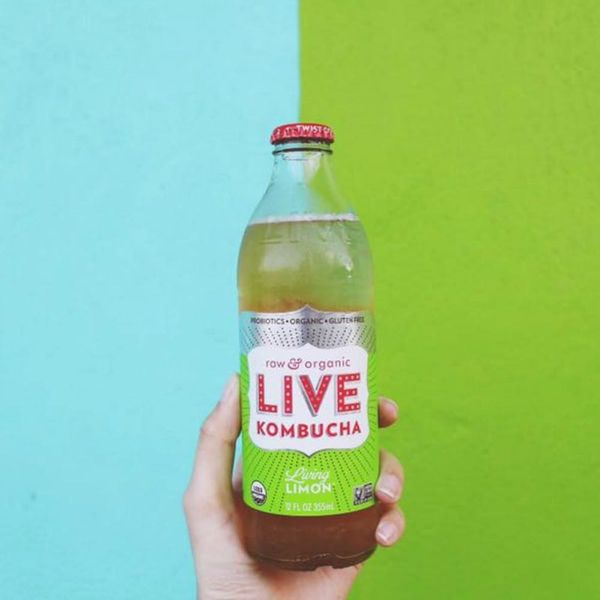 Today, more and more soda drinkers are eager to kick the habit to the curb. (Goodbye, sugar crash!) But did you ever think people would be swayed into ditching their soda for… kombucha? Along with its myriad of health benefits, kombucha has a flavor profile that will smack you in the mouth in the *best* way. It’s similar to sparkling apple cider with a distinct sour taste that will have you puckering up for more. That’s exactly the reasoning that inspired one entrepreneur.

Soda addiction is a real thing, and it can be pretty frightening once you realize how awful it is for one’s health, especially when it concerns a loved one who just can’t seem to put the soda can down. Trevor Ross, CEO and Founder of LIVE Beverages, experienced this with his father — a self-proclaimed soda addict. As a result, Ross embarked on his mission to providing soda lovers with a healthy, tasty, and approachable alternative while retaining the refreshing essence of his father’s cherished bubbly beverage.

Ross jumped into a healthier lifestyle after losing his sister to breast cancer. He started brewing his own kombucha and, like anyone who’s tried the stuff, noticed positive effects very quickly. “I saw my skin clear up, my energy increased, and my digestion improved,” he said. Despite these fabulous pros, the rest of his family avoided the stuff like the plague — especially his father. After many unsuccessful attempts, Ross thought, “Instead of taking away his soda, what if I could bring the flavor to my kombucha?”

After enough toying with spices and flavors, he eventually hit the jackpot with brews that could rival the best-selling sodas on the shelves and, lo and behold, LIVE Beverages was born.

LIVE Beverages offers a flavor for just about any soda lover, including an actual soda flavor in addition to root beer, orange, ginger, and others. The company has also launched a line of sparkling drinking vinegars by blending raw apple cider and coconut vinegars, organic juice, and sparkling water.

Dana Sandonato
Born in Canada and now living in the beautiful state of North Carolina, Dana is a coffee-reliant food writer with a healthy appetite, a taste for culinary adventure, a thirst for good beers, and an endless hunger for food photography. When not writing for Brit + Co, she can be found pouring herself into her blog-turned-webzine, Killing Thyme, or taste-testing at local breweries with her husband. Dana's ideal down time includes pizza, marathoning on Netflix, or watching her fave flicks from the 80s and 90s - no matter how great or awful they are!
Drink
Food Adulting
Drink
The Conversation