Why #FreetheNipple Is an Instagram Trend You Should Pay Attention To 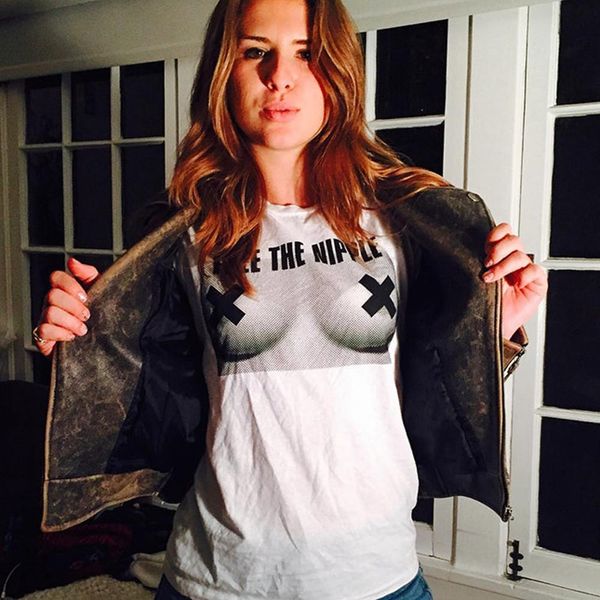 Recently you’ve probably seen something more and more on Instagram — nudity. From celebs like Chelsea Handler, Miley Cyrus and Chrissy Teigen posting topless photos of themselves to butt shots of Justin Bieber and John Legend popping up on the social network, famous Instagrammers are sharing a lot more than an old-school selfie these days. The latest star to upload a photo of themselves revealing more than their pearly whites is OITNB + How to Get Away With Murder star Matt McGorry. Other than being newsworthy, all of these photos are being shared by celebrities and everyday Instagram users for a more purposeful meaning than a couple extra likes before getting reported and taken down.

To fully understand what’s going on, you’ve gotta know the background. First things first: there are two separate but equal players in this heated social media campaign. The first is the Free the Nipple movement, which is all about encouraging women to go topless to desexualize women’s breasts. Free the Nipple also has a documentary, so snaps for them. The second, and much newer, photo uploading spree happening is “Photoshop the Nipple.” The movement was started by artist Micol Hebron to fight Instagram and Facebook’s censoring policies by using a male nipple template to cover female ones to highlight the differing rules between male and female nipple shots. You see, both Instagram and Facebook have varying, but similar, policies pertaining to nudity and female nipples, and what these social media campaigns are striving to do is call them out and make a statement that women posing topless are the same as men doing it — society has just sexualized the former.

That’s where the latest star to throw their ring in the hat, Matt McGorry, comes in. He uploaded his own contribution to both movements by doing somewhat of a hybrid when he posted his own topless picture with Chrissy Teigen and Miley Cyrus’ nipples over his own with a lengthy caption. A portion of it stated, “Part of the stand of #FreetheNipple is about the right of women to claim what their breasts and nipples mean to THEM, and not have that be defined by how men and much of society decides what their boobies mean.” And that’s exactly why women — whether they are celebrities, everyday people and even breastfeeding mothers — are posting these shots, to reclaim their own bodies and the right to decide how they want it viewed. And no, Matt’s picture has NOT been taken down yet. That’s how you creatively stick it to the man.

What are your thoughts on Instagram’s policy and the #FreeTheNipple campaign fighting it? Let us know in the comments.