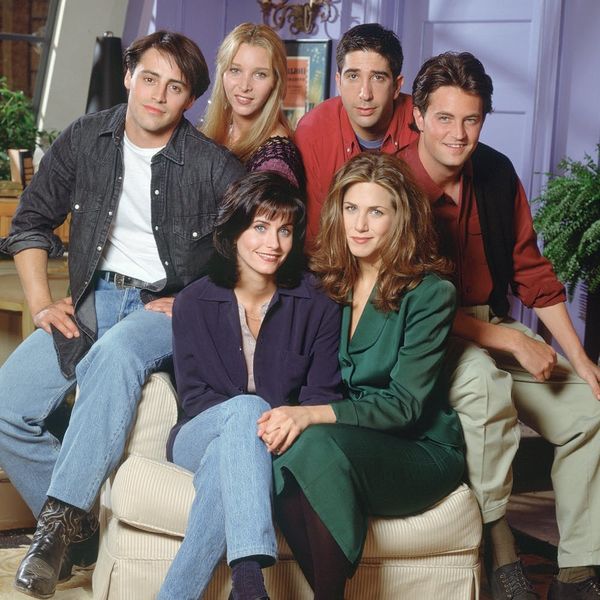 Monica Gellar’s apartment on Friends may be one of the most iconic fictional sets of all time, no doubt large in part thanks to its signature purple shade, but as it turns out, the Pantone-approved hue wasn’t an immediate hit with the crew. In fact, as the show’s production designer just revealed, it caused some major anxiety.

As John Shaffner, who has worked on everything from Two and Half Men to The Big Bang Theory, explained to Great Big Story, he originally sketched the apartment’s layout in white When it came time to choose a color, Shaffner was all about the lavender — but not everyone else was on board. “Everyone was really anxious about it, until I painted the little model purple,” he said.

Needless to say, the regal shade ended up being a hugely important part of the show. “Color is really important in establishing the show identity,” the production vet said. “When you switch to Friends, you see that it is purple and you stay tuned.”

His instincts proved right on — Monica’s abode is one of the most recognizable TV apartments of all time.

Click to hear more fun anecdotes from Shaffner’s time on the legendary sitcom, including why he had to “look into the future” when designing certain features in the apartment… like the mystery door that was later revealed to be Monica’s messy closet!

Arielle Tschinkel
Arielle Tschinkel is a pop culture junkie who went to NYU because the Olsen twins went to NYU (really). She is a freelance writer whose work has also been featured on HelloGiggles, Refinery29, SheKnows, Bustle, Hollywood.com, and many others; and she's living her dream one Britney Spears GIF at a time. Follow her on Twitter @mrstschinkel or visit her website at arielletschinkel.com.
Color
Home News
Color Home Decor TV