7 Friendship Boundaries That Should Never Be Crossed 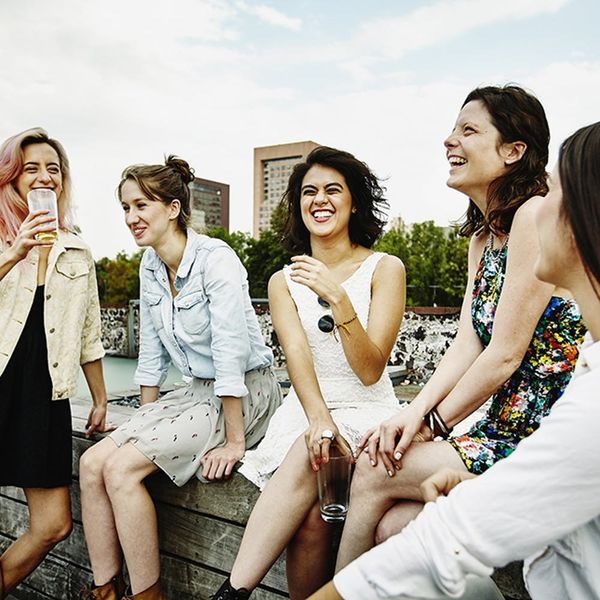 You’d do anything for your best friends. You’ve been known to pick up the phone after midnight to talk your pals through breakups. You throw a mean surprise birthday party. You always pick out the perfect gifts. Most of the time, you know what they need from you before even they do. It’s pretty magical.

But it is possible to reach a point where you’re giving too much. When crucial boundaries are being crossed on the reg, it may be a sign that you need to start stepping back from the relationship, or, that you should have a serious conversation about what’s appropriate and respectful. According to experts, there are seven nonnegotiable boundaries that should never be crossed by a friend. If you find yourself tempted to accept that kind of behavior, chances are that you’re giving way, way too much.

1. They’re talking about you behind your back. No friendship is without its issues, but a good friend takes their concerns to you directly instead of chatting about them with other people. When the dynamic becomes gossip-y, boundaries are being crossed. “[It] can create lasting problems, as the best of friendships relies on trust and mutual respect,” says clinical psychologist Carla Marie Manly. “Talking about a person indirectly is disrespectful and toxic to an essential foundation of trust.”

2. They’re pressuring you to make a choice between your friendship and your significant other. “A good friend respects your committed romantic relationship as important, if not sacred, and they do what they can to support it,” relationship expert and Baltimore Therapy Center director Raffi Bilek tells us. “If you find that your friend is causing strain in that relationship by trying to pull you away from your partner, discounting the importance of spending time away from your partner, or otherwise coming in between the two of you, you may need to reconsider how good a friendship this really is.” A little jealousy from your bestie is normal if you’re in the early days of a new relationship, but if it persists or proves an obstacle to you moving forward with your S.O., it’s probably not a healthy friendship.

3. They divulge your secrets. Trust is one of the most important elements of any relationship, and a friendship is no exception. If you bring your bestie in on a major secret of yours, it’s their responsibility to keep it quiet (unless, of course, you’re in danger). When they start to gossip about those secrets, you have reason to worry. “There’s a not-so-fine line between knowing each other really well and sharing that information with the world,” says Caleb Backe, Maple Holistics life coach and health and wellness expert. “While they might not think your secret is a big deal, if it is to you, it’s time to put some boundaries up.”

4. They want you to support their harmful behavior. We all want our friends to have our backs, but you’re under no obligation to approve of your pal’s behavior if what they’re doing hurts them or other people. Per Parenting Pod psychologist and life coach Ana Jovanovic, your true role as a friend is to stand by your BFF in a way that would help them grow, and sabotaging themselves or others definitely won’t do that.

5. They don’t respect your time. Anybody can show up late to the occasional dinner or find themselves asking for a little more QT with a pal when the going gets tough — we’re only human! But if you have someone in your life who chronically disregards your needs and schedule, it may become problematic. According to Carrie Krawiec, marriage and family therapist at a Birmingham Maple Clinic , a friend who consistently takes up an inordinate amount of your time, demands your undivided attention, shows up late, or overstays their welcome might not be such a good friend to you after all.

6. They’re pushing you financially. “When friends start to ask for money and don’t pay it back, I think that is one of the first signs they are using you and not a good friend anymore,” life coach Stacy Caprio says. “I would recommend starting to distance yourself from friends who have done if they brush it off or don’t act as though it was actually a mistake.” Generosity is lovely, but don’t allow yourself to be taken advantage of.

7. They regularly make you feel crummy. This one’s a little less specific, but you know it when you see it… and definitely when you feel it. Relationship expert Rori Sassoon says that when a friend makes you feel bad about yourself, doesn’t bring out the best in you, or always puts you on the defensive, you have a friendship red flag on your hands.

What are your biggest boundaries with your friends? Tweet us @BritandCo.

Alli Hoff Kosik
Alli Hoff Kosik is a freelance writer who is passionate about reading, running, rainbow sprinkles, her lipstick collection, watching embarrassing reality TV, and drinking pink wine. She lives in Brooklyn with her husband and (in her dreams, at least) three golden retriever puppies. Listen to her talk books on The SSR Podcast.
Friends
Relationships
Friends Mental Health Relationship Advice
More From Relationships